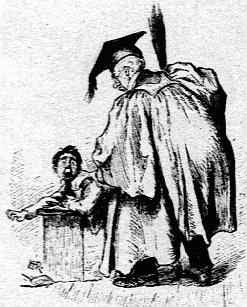 I imagine that the mention of the names Joel Tenenbaum and Jammie Thomas-Rasset, the two high profile and currently convicted file swappers in the USA, probably drum up nothing but despair in the offices of the Recording Industry Association of America (RIAA) in light of the ongoing negative press the record labels face for ‘suing their own customers’ etc etc. Even so, the RIAA has rejected a judge's order reducing the damages awarded against convicted file-swapper Jammie Thomas-Rasset from $1.92 million to $54,000, meaning that the Minnesota single mum will now face a third trial on the issue of damages
In her first trial, a jury found Thomas-Rasset guilty and ordered her to pay $222,000 in damages for copyright infringement. However, the judge later said he had erred in his instructions to the jury and ordered a new trial. In the second trial the jury again found Thomas-Rasset guilty, but this time awarded $1.92 million in damages. Then last month the judge from the second trial, Judge Michael Davis, sided with Thomas-Rasset's attorneys and reduced that jury award to $54,000, representing $2,250 for each song that Thomas-Rasset was found guilty of sharing - triple the statutory minimum of $750, but far far less than the statutory maximum of $150,000. To end matters, the RIAA then offered Thomas-Rasset an even lower settlement (thought to be $25,000) provided she ask the judge to vacate his ruling that lowered the damages; she refused that offer. The RIAA have now said that they “find it impossible to accept a remittitur that could be read to set a new standard for statutory damages - essentially capping those damages at three times the minimum statutory amount of $750 saying “this far-reaching determination is contrary to the law and creates a statutory scheme that Congress did not intend or enact." Let round three (and a half) commence.

http://www.dmwmedia.com/news/2010/02/10/fileswapper-headed-third-trial-copyright-charges
Posted by Ben at 4:00 pm