News and views: snippets from Russia and Australia

The 1709 Blog's mailbox receives some interesting bits of news and comment. Just in are two items worth sharing with readers: 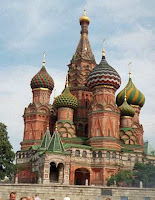 * Sasha Yelnik writes to tell us that, during a World IP Day meeting, the director of the Russian Authors' Society RAS said that the time has come to establish specialised courts that would deal only with copyright and the related matters. She adds:

"His suggestion was based on the increasing number and complexity of copyright infringement claims. Mr Fedotov from RAS thinks that the main reason for the phenomenon is the "legal nihilism that has become entrenched in the minds of the largest part of the society". Another problem which requires an urgent solution (which was not proposed at the meeting) is licensing music downloads from the internet (see Pravo here, in Russian) I think it is a big achievement that the need for specialised courts has been voiced and recognised but -- knowing the speed with which anything requiring at least a bit of formality is happening in Russia -- the realisation of the idea seems unlikely to take place in the foreseeable future".

* Anne Sanders (AAPT) writes on the subject of artists' resale royalties and asks: "Is the UK aware of the detail of Australian legislation?" She explains:

"It is nothing like the compulsory statutory licence that the the copyright agencies pursued. In fact, it is a poor precedent from their point of view. I believe that the agencies in the EU & UK might mention the royalty being adopted in Australia but forget to mention that:

(a) individual artists have an individual right to waive the royalty on a case-by-case basis (Clauses 22/23).

(c) the Australian scheme is sui generis - it is not an extension of copyright because even in its current form it is , too tax-like under our constitution to be part of copyright".

I think it's more a case of an unnatural 18th century privilege confronting the nature of information.

This isn't social delinquency vs governance, but the folly of a crown privilege vs its inevitable erosion by natural law.

Law doesn't govern the people at the whim of immortal corporations, it represents the people's will to protect their rights - their natural rights - especially against privilege.