Spotify - full house or flushed away? 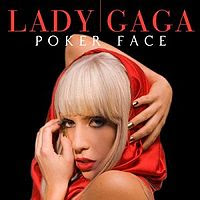 BASCA, the association that represents songwriters, composers and authors, has hit out at Spotify saying that the payments for copyright uses generated by the streaming on demand service are "tiny" and called for the company to be more transparent about the nature of its business. Last year it was claimed that over a five month period there were over one million plays of Lady Gaga's hit Poker Face – the most downloaded song in the British chart history, and one of the most successful songs of the 21st century to date – but this earned the songwriters just $167 from Spotify. BASCA CEO Patrick Rackow told the BBC: "At the moment, the amounts of money that are actually being received are tiny. That might be because there is no money there. But there is no clear trail that can be established so that the songwriter can trace back what they ought to have got. These things are behind a blanket of secrecy, and that is extremely worrying and Rackow added "The danger is that these deals all become so secret that the mist that descends creates uncertainty, creates fear. That allied to the fact that the sums being paid through are very small creates a climate of suspicion. I think it harms Spotify, it harms the writers' perception of Spotify and this is a service they want to support."

The Swedish-owned company, set up by serial web entrepreneur and a technologist Daniel Ek has been hailed by some as a saviour of the music industry, offering users free streaming of a huge catalogue of music punctuated by short adverts. A monthly premium of £9.99 allows users uninterrupted access to the catalogue. The service is part owned by the major record labels.

Spotify would not comment on the BASCA claims, but has said that as more subscribers sign up and advertising revenue increases then that money will trickle down to the people who make the music.

http://www.guardian.co.uk/music/2010/apr/13/spotify-songwriters
http://www.spotify.com/int/about/press/background-info/
See our previous blog on Spotify here
http://the1709blog.blogspot.com/2009/10/spotify-musics-holy-grail-or-tune.html
Posted by Ben at 8:51 am

See Spotify's rebuttal of this story:

The Lady GaGa song in question was a split work, and the royalties were for one writer's payment, for one month, in one market, when there was very little traffic, and GaGa was nothing like the megastar she is today. This is a very misleading story.