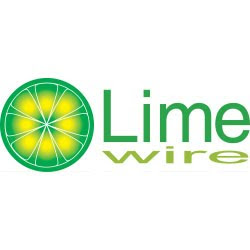 Research firm NPD Group have released findings that show that illegal file sharing of songs via peer-to-peer services has dramatically dropped off since Lime Wire was shut down by a US federal court who found the company liable for copyright infringement. The Recording Industry Association of America had file a copyright suit against Lime Wire and CEO Mark Gorton in 2007, claiming the company encouraged the pirating of billions of songs.

NPD said "the percentage of Internet users who download music via peer-to-peer services was at 9 percent in the fourth quarter of 2010, compared to 16 percent in the same period earlier in 2007" which is clearly a significant drop. NPD also found that the average number of music files downloaded from P2P networks also declined from 35 tracks per person in Q4 2007 to just 18 tracks in Q4 2010, although some downloaded just one or two tracks, while others took hundreds. NPD estimates there were 16 million P2P users downloading music in Q4 2010, down from 28 million in the same period in 2007.

Good news for content owners? Maybe ..... the research also noted that it appears that former LimeWire users are now moving to similar networks. Greg Sandoval, writing on CNet, reports that Frostwire had seen usage double in the final six months of 2010 after Limewire was shuttered in October, whilst Bittorrent client u-Torrent had a fifty percent uplift in users.

You guys are missing the point. P2p is shrinking not because of the RIAA's copyright campaign, but because new technologies are superseding it. More sharing is done via BitTorrent, which is not a p2p network but a sharing protocol, and which includes a number of closed search engines as well as open sites. Perhaps more importantly in the long term, sharing is moving to file-hosting sites, which are very numerous and for which links are distributed via a variety of hard-to-track routes. In sum, any copyright victories over p2p are of about zero relevance now.