US IP Czar wants illegal streaming to be a felony 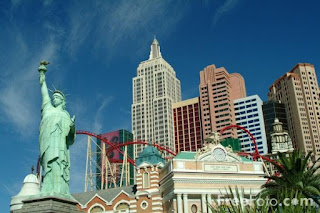 The White House's Intellectual Property Enforcement Coordinator, Victoria Espinel, has submitted 20 recommendations to Congress aimed at cracking down on copyright infringement on items ranging from drugs to music and military equipment – calling for more effective law enforcement and tougher penalties for people convicted of copyright infringement. In particular Espinel urged Congress to make illegally streaming copyrighted content online a felony saying that online piracy and counterfeiting are "significant concerns" for the White House causing "economic harm and threaten the health and safety of American consumers".

Espinel has recommended that Congress act to "clarify that infringement by streaming, or by means of other similar new technology, is a felony in appropriate circumstances." Bob Pisano, president of the Motion Picture Association of America (MPAA) commented "Closing the legal gap between two methods of equally destructive illegal behavior - unauthorized downloading and streaming -- adds more clarity to intellectual property law and, frankly, makes good common sense”.

Espinel own Report states that "Foreign-based and foreign-controlled websites and web services raise particular concerns for US enforcement efforts. We are aware that members of Congress share our goal of reducing online infringement and are considering measures to increase law enforcement authority to combat websites that are used to distribute or provide access to infringing products."
The list of proposals suggests that Congress legislates for longer sentences for many counterfeiting offenses, including selling fake military or law enforcement items, trade secrets and bogus drugs. The White House also calls for wiretap authority in counterfeiting and trademark investigations.

The recommendations gathered widespread praise from a range of groups, including the US Chamber of Commerce, which urged the Obama administration to make the US a "miserable place for counterfeiters and pirates". Perhaps unsurprisingly MPAA also applauded Espinel for "recognizing the danger posed to our workforce by theft, both in the online and physical marketplace, and by making the protection of the creative workers and their craft a top priority.

Espinel also included a proposal to allow a levy on terrestrial radio stations for playing recorded music in a move that will bring the USA into line with Europe and which drew support from the Recording Industry Association of America although US broadcasters were less than impressed.