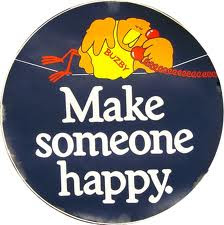 The BBC reports that British Telecom and Talk Talk have been given permission to appeal against the High Court's judgment against them over their challenge to the provisions of the Digital Economy Act. Under the provisions of the DEA, Internet Service Providerss would be compelled to send out warning letters, at the behest of rights holders such as film and record companies, warning about illegal downloading. The Act also allows for sanctions, known as "technical measures", which could include disconnection - although the exact nature of technical measures and the circumstances under which they could be imposed have not as yet been determined. The Guardian add this "The decision means that there will now be a hearing at the Court of Appeal – likely to be in the new year – which means that the government's plans to send thousands of warning letters to alleged illegal downloaders will probably be pushed back by about six months. The government had planned to start sending the letters in the first half of next year, but it will now have to hold off until the challenge by Britain's two largest ISPs is resolved."

Lord Justice Lewison granted BT and TalkTalk leave to appeal the DEA on four grounds. Both companies have raised concerns about how the legislation works alongside EU directives on technical standards, authorisation, e-commerce, as well as privacy and electronic communications.