Supreme Court confirms that a download is NOT a performance 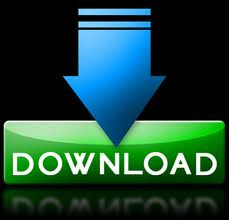 The U.S. Supreme Court denied an appeal against an appellate court’s ruling that a traditional Internet download of sound recording does not constitute a public performance of the recorded musical work or the composition under federal copyright law. The Supreme Court denied the appeal without comment.

The American Society of Composers, Authors and Publishers (ASCAP) had appealed to the Supreme Court saying the ruling has profound implications for the nation's music industry, costing its songwriter members tens of millions of dollars in potential royalties each year. The federal government opposed the appeal and U.S. Solicitor General Donald Verrilli said that the ruling by the appeals court and the court of first instance were correct and comported with common understanding and sound copyright policy.

ASCAP argued that digital downloads were also public performances for which the copyright owners must be compensated. But a federal judge and the appeals court rejected that argument.

At issue was the section of the US Copyright Act stating that to perform a work means to recite, render, play, dance or act it either directly or by means of any device or process - with the appeals court ruling that "music is neither recited, rendered, nor played when a recording (electronic or otherwise) is simply delivered to a potential listener" saying that the download it is simply considered a “reproduction” and thus not subject to performance royalties under the Act. A mechanical royalty for the delivery of a composition would be due for each download (though not payable to ASCAP).