Unable to attend (meaning not invited to) Milan Fashion Week, this blogger spoke yesterday at the legal equivalent: the Intellectual Property in the Fashion Industry conference.

The IP Kat was speed blogging at a rate of knots, so you may already have read his summary of the conference, however below is some more detail on the copyright issues that were discussed. 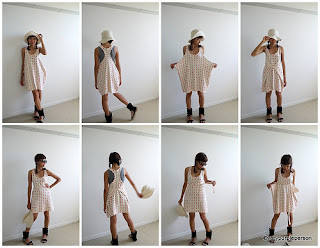 "Copyright doesn't protect fashion" is a statement frequently bandied around, however what is meant is that in the UK at least it is difficult to protect a garment using fashion. Our closed list common law system means that unless a garment can be said to fall into one of the eight protected categories, it cannot be protected. A garment could be said to be an original artistic work: a work of artistic craftsmanship. Case law is not in favour of this argument as a string of cases demonstrate how difficult it is to show that a garment is artistic (see for instance the baby's cape in Merlet v Mothercare, or the sweaters displayed in the V&A in Guild v Eskandar.) The requirement that a work be "artistic" is unusual in the copyright world as it requires a judge to consider the esthetic merit of the work. As Lord Reid said in Hensher v Restawhile, "it depends on whether a substantial section of the public admire the thing for its appearance". The result of this is that it is difficult to show that a garment is a work of artistic craftsmanship, and indeed no-one at the conference could remember a case where any work had been considered to be a work of artistic craftsmanship.

That said, it is possible to protect other works relevant to the fashion industry using copyright. There is far less controversy surroundin the protection of photographs, films, collages, sculptures etc.


Temple Island v New English Teas (the red bus case) was discussed in relation to Kate Spade's alleged copying of Vera Neumann's poppy design. The case demonstrates how difficult it is to draw a line between copying an idea or concept such as a poppy, and copying the expression of that idea, i.e. Vera Neumann's design. Further, the PCC's finding that a person who recreates the subject matter of another person's photograph can infringe copyright in that photo is relevant to the fashion industry as magazines and catalogues often recreate runway or haute couture photographs to showcase high street clothes.

A string of recent cases from the CJEU indicate that in the EU a work is protected if it is its "author's own intellectual creation" (see Infopaq, Bezpečnostní softwarová asociace, FAPL and SAS v World Programming Ltd). This does not sit comfortably with the English law notion that a work is only protected if it falls within one of the eight categories set out at s.1 CDPA and it is not clear whether English courts will follow the CJEU's approach in protecting works in which the author's own intellectual creation vests. The notion of what is a protected work is not generally controversial however the EU test could enable protection of items currently not protected under English law, such as garments or perfume.

An allied concept is that of originality, for which the EU test has been applied in the UK by the High Court in NLA v Meltwater. Mrs Justice Proudman found that, when considering originality in relation to whether a substantial part of a work was taken, it was necessary to take European law into account. Answering her own question as to whether the test of originality had been changed by Infopaq she considered that the test had been 'restated but for present purposes not significantly altered by Infopaq'.

All this is indicative that fundamental copyright principles are changing and that we could see a shift towards increased protection for the fashion industry.

Whether the fashion industry needs or wants increased protection is another question entirely. See here for an analysis of "why knock-offs are good for the fashion industry" and contrast with the fact that the US "Fashion Copyright Bill" has made it throught he Senate Judiciary Committee and is headed for the full Senate.
Posted by Unknown at 1:01 pm

While I would agree with the useful analysis provided, I can't help wanting to add to the first sentence of the final paragraph 'when registered and unregistered design right are available'.
Sure both of these can and have been used to successfully protect fashion designs. Yes, registering a design can be an expense and administrative burden, but then so can trade mark and patent registration yet most businesses see the value in adhering to the formalities to protect their IP.
In my limited experience of the middle market fashion industry, the attitude is that with 4 collections a year, life is too short to worry about the competition copying your designs.