Back in February, Ben blogged about Optus v Telstra, an Australian case in which concerned an app developed by Optus enabling users to record free-to-air TV broadcasts and to save them to Optus' cloud in order to view them later. Last week, the High Court of Australia decided not to hear Optus' appeal of the Full Federal Court ruling that the app infringes copyright, and this week Telstra has said that it welcomes the High Court's "positive" decision, saying that it "provides welcome clarity for cloud operators, while at the same time recognises the delicate balance of interests which copyright law seeks to protect." 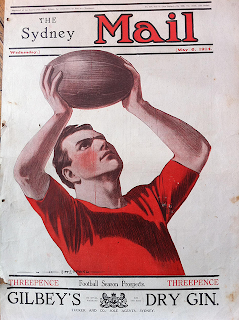 The National Rugby League (NRL) and the Australian Football League (AFL) had granted Australia's leading service provider, Telstra, exclusive multi-million dollar licences in respect of mobile broadcasting rights of their games.
In July 2011, Optus launched its TV Now service, which enabled users to record TV programs, including  NRL and AFL games, and to play them back at a time convenient to the user on any PC, Apple, Android or 3G device.
When a user clicked record on TV Now's electronic program guide, Optus made four copies of the relevant program, one for each of the possible viewing platforms. These copies were stored by Optus, and could then be streamed as convenient by the user on any one of the four types of devices.
NLR and AFL were of course concerned about the effect that the app could have on their exclusive licensing deal with Telstra. They claimed that the TV Now service infringed their copyright in broadcasts in a number of AFL and NRL games and said that they would seek an injunction against Optus. Optus therefore made a claim in the Federal Court of Australia that AFL and NRL had made unjustified threats of infringement under s.202 of the Copyright Act 1968 . The Court later added Telstra as a party to assert similar claims to AFL and NRL as exclusive licensee.

In February of this year the Full Federal Court held that Optus's TV Now service did not infringe copyright in the broadcasts of the AFL and NRL game, in the particular ways that the rightsholders alleged.
Rares J held that it was the users of the Optus service, rather than Optus itself, who made the copies of the broadcasts, when they selected a program from an electronic program guide and clicked 'record'. Further he held that when recordings were streamed to the user there was no communication to the public.
The Court went on to say however that other issues still needed to be resolved, including whether Optus infringed copyright because of temporary copies made during the streaming process.

AFL, NRL and Telstra subsequently appealed the decision to the Full Federal Court. The appeal was heard in March and judgment was handed down at the end of April 2012.
The Full Federal Court found that it was not the user alone who made a copy of the games recorded, rather it was either Optus who made the copy (on the basis that it provided the service enabling users to make recordings) or alternatively both Optus and the user made the copy (acting together: the user initiating the process by requesting the copy and Optus providing the means for making it). The Court's preferred view was that both Optus and the user were jointly and severally responsible for making the copy.
The Full Federal Court then went on to consider whether "what we would inaccurately, but conveniently, call the "private and domestic use" defence of s 111 of the Act" applied. The Federal Court had not had to consider this, given its answer to the first question. The Full Federal Court found that the exception did not apply because there was nothing in the language, or the provenance, of s.111 to suggest that it was intended to cover commercial copying on behalf of individuals.

Last week, the High Court rejected a special leave application from Optus, seeking to overturn the Full Federal Court's decision. The Full Federal Court's decision therefore still stands and Optus remains liable for copies made as part of its TV Now service.
This case puts a platform operator firmly on the hook for providing a time-shifting service. The Full Federal Court found that while the s.111 (the time-shifting exception) was intended to allow private copying by individuals, it wasn't the place of the Courts to extend that exception beyond those confines. This is quite a turnaround from the pre-internet position where in the UK the provision of a tape recorder was not found to be authorising infringement (CBS v Amstrad), and in the US making copies of TV shows using Betamax videos was not infringing because it was fair use (SonyCorp v Universal City Studios).
Since the internet has facilitated copying courts seem more ready to find that platform providers participate in copying. The position in the US looks similar to that in Australia. In the UK, UKNova recently backed down after a C&D from FACT, and we await the CJEU's decision in ITV v TV CatchUp.
Posted by Unknown at 9:41 pm

It will be interesting to see how the CJEU approaches this.

I think the better comparison between the Optus case and US law, however, is the 2nd Circuit's decision in Cartoon Network v CSC http://en.wikipedia.org/wiki/Cartoon_Network,_LP_v._CSC_Holdings,_Inc.. While the facts were similar, the results are diametrically opposed and, of course, s 111 has no counterpart in the US.

For businesses in Australia, the Full Court's ruling raises the much larger question of the potential exposure of "cloud lockers" and "photo buckets" to liability for what users do.