The ongoing news aggregator v publisher battle has raised its head in one of the world's fastest growing economies: Brazil. Further to Eleonora's post last Thursday reporting on Google in France, now 154 members of the Brazilian National Association of Newspapers (ANJ) have opted out of the Google News service. 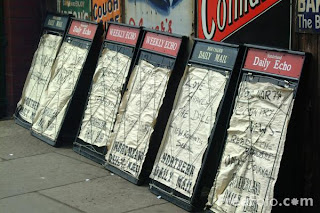 Last year the ANJ recommended to its members that they opt out of Google News as they said it resulted in a drop in traffic, and therefore advertising revenue, for publishers. 154 members, making up 90 percent of Brazil's total news circulation, have followed that recommendation and their sites will no longer be accessible via Google News.
The president of the ANJ, Carlos Fernando Lindenberg Neto, said that "Staying with Google News was not helping us grow our digital audiences. By providing the first few lines of our stories to internet users, the service reduces the chances that they will look at the entire story in our websites


Google's public policy director, Marcel Leonardi, defended Google's decision not to pay the publishers saying that Google sends four billion clicks to news sites each month.
Google will however still index all ANJ member sites, and The Fast Company reports that all Brazilian news sites will still be available on Google search.  The ANJ has confirmed however that their decision not to appear on Google News will affect general search results as Google's ranking takes into account whether a site appears in Google News or not. Ironically Google Search is the site that Google makes money from as it contains adverts whereas Google News does not. Perhaps if the Brazilian newspapers really wanted to show they were serious they would have taken their sites off all search engine sites that decline to pay them rather than limiting themselves to Google News.
Further, Lindenberg Neto has confirmed that by opting out the Brazilian publishers are losing traffic to their sites, saying that "Google News' presence in the Brazilian market is small. We believe [the loss of traffic] is an acceptable price to protect our content and brands."
As this blogger has acted for Meltwater in a similar battle between news aggregators and publishers in the UK she is clearly in favour of the news aggregators and search engines in this particular case. The public at large seems to have mixed thoughts, varying from wanting to make "freeloading" news aggregation sites hurt, to wondering whether the public will continue to read traditional newspapers when there are many news blogs and independent sites keen to be included on Google News.
The fight between Google and publishers in Brazil represents, to this blogger, yet another example of why copyright laws, as they stand, do not fit with the internet. A new law, distinct from copyright law and drafted with the internet in mind, could help to clear up these kinds of issues.


Incidentally, this blogger found all content for this blog by reading various different sources all found using Google News.
Posted by Unknown at 5:26 pm