Most of the bill will come into force next week, including fair dealing reform, new consumer exceptions, caps on statutory damages for non-commercial infringement, a user generated content provision, and digital lock rules, however it has been noted that the much debated "notice-and-notice" rules for ISPs that were intended to be enacted at the same time as the rest of the bill will be delayed. 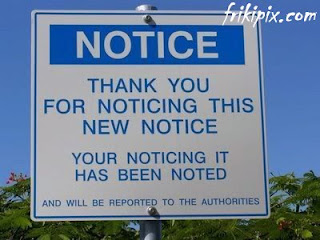 The proposed "notice-and-notice" regime will require ISPs to forward any notice of infringement they receive from copyright owners to the subscriber in question. Canadians are friendly people, and many of them were concerned that a stronger "notice-and-takedown" regime (favoured by so many other countries) requiring ISPs to block access to material upon receipt of a notice from a rights holder alleging infringement, "could create incentives for ISPs to remove content without warning or evidence of actual infringement, which can potentially lead to a stifling of free expression" (see here).


Others however have said that a "notice-and-takedown" system "is required to effectively deal with operators of pirate sites that infringe content on a substantial scale and to deal promptly with time-sensitive postings." The Industry Canada website argues that a "notice and takedown" regime would be ineffective in preventing peer-to-peer file sharing, as it "typically applies only to material posted on websites. It is not well suited to files shared on peer-to-peer networks, the most prevalent source of infringing material, since the files are actually located on the computers of the persons engaged in sharing."


Support has also been expressed for some form of graduated response regime (such as a "three-strikes" approach).


Despite these concerns the Canadian government settled on the "notice-and-notice" approach, which is favoured by ISPs, educational institutions and consumer groups and which is already being voluntarily used. The Canadian government has said that: "This approach to addressing online infringement is unique to Canada. It provides copyright owners with the tools to enforce their rights while respecting the interests and freedoms of users."


Implementation of these provisions has however been the subject of unseen lobbying over issues such as the fees for processing notices and the retention of subscriber information. So despite everything, the uniquely Canadian "notice-and-notice" provisions will not come into force next week with the rest of the bill.
Posted by Unknown at 6:45 pm