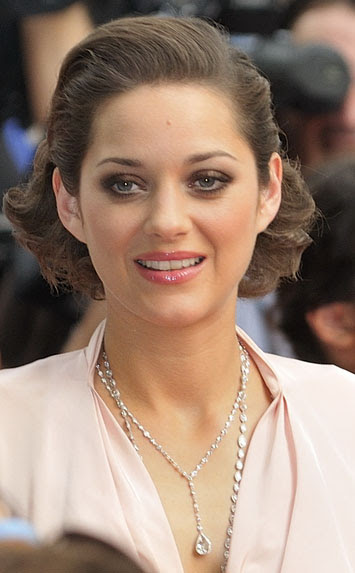 Marion Cotillard during the Paris premiere of Public Enemies at the cinema UGC Normandie
author: nicogenin

A recent ruling by the Nanterre High Court (first intsance; see here) has applied the holding in the eDate v. Martinez ruling by the Court of Justice of the European Union of 25 October 2011 (see here).

As readers will no doubt recall, in the eDate decision the CJEU held that in the case of alleged infringements of personality rights via the internet, it was open to the victim to bring suit seeking damages for the entirety of the harm suffered in the state where his centre of interests lay (in addition to the traditional Fiona Shevill options).

In the case before the Nanterre court, at issue were semi-nude pictures of Marion Cotillard that were posted online by a Beligian publisher.  The Court had no difficulty finding that Ms. Cotillard's centre of interests lay in France such that, as regards claims relating to personality rights (droit à l'image or image right to be more precise, which is a rough equivalent of the right of publicity), she was, under the eDate principles, entitled to bring suit in France (for the entirety of the harm suffered).

However, the matter did not end there.  As the pictures were taken from a motion picture in which she appeared, she also alleged infringment of her neighbouring right as a performer.  Here, the Court first recalled that the CJEU recently (19 April 2012, see here) declined to extend the eDate principles to a case of trademark infringement in light of the principle of territoriality applicable thereto.  It then opined as follows:

"The same does not apply to the case at hand, which concerns the rights of perfomers.  The economic rights of a performer, which allow him to control the reproduction and [public] communication of his performance, are not subject to any principle of territoriality but may be found unlawful at the level of the European Union in light of the legislative harmonization of the various Member states through several directives (notably 2001/29).

Both the alleged infringements of the performer's moral rights and those of the economic rights are therefore capable of causing harm without any particular territorial boundaries and at the level of the European Union, irrespective of the states in which the motion picture has been shown.

It should be added that a performer's moral rights are instrinsically tied to the performer's person as stated in Section L.212-2 of the Intellectual Property Code and may be said to have a character that is close to that of personality rights.

In light of the foregoing, the criterion of the victim's centre of interests is the most in conformity with the objective of foreseeability of jurisdiction, enabling the plaintiff to easily identify the court before which proceedings may be brought and the defendant to reasonably foresee that which before he may be sued."

While the ruling is clearly a correct application of eDate with respect to the alleged violation of the image right, it remains to be seen whether the extension to performers' neighbouring rights will withstand further scrutiny (in the event of an appeal or when the same issue is litigated again).
Posted by FrenchKat at 4:18 pm

Whilst I can see that the decision on the forum issue makes sense, I fail to see how an actress can invoke her droit a l'image when playing a character in a film. Surely the definition of acting is that the actor and the character they play are two different things. By taking stills from the film, the Belgian publisher may have been using her likeness, but not her personality. If we allow the fictional world of film performances to enter the real judicial world, I would expect to see a few famous actors charged with murder based on the evidence on celluoid.
It will be interesting to compare the outcome of Mme Cottilard's case with that of American actress Cindy Garcia

I'd like to ask if there have been any developments in this case. Or did the story end at the first instance?

The application of the eDate principles seems very brave, I wouldn't be surprised if the defendant had appealed.