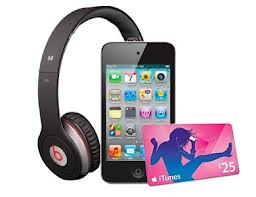 New research by two European Commission researchers finds that “digital music piracy should not be viewed as a growing concern for copyright holders in the digital era" and that the results "indicate that new music consumption channels such as online streaming positively affect copyrights owners.” The results fly in the face of a recent report that said  the closure of online platform MegaUpload almost certainly directly led to a decrease in online film piracy and an increase in legal digital sales of movies. Brett Danaher and Michael D. Smith, professors at Wellesley College and Carnegie Mellon University (CMU) said that “the closing of a major online piracy site can increase digital media sales, and by extension [we] provide evidence that Internet movie piracy displaces digital film sales.”

The two authors of the new report, Luis Aguiar and Bertin Martens, from the EU's Information Society Unit, now say "Although there is trespassing of private property rights (copyrights), there is unlikely to be much harm done on digital music revenues" adding "This result, however, must be interpreted in the context of a still evolving music industry. It is in particular important to note that music consumption in physical format has until recently accounted for the lion’s share of total music revenues. If piracy leads to substantial sales displacement of music in physical format, then its effect on the overall music industry revenues may well still be negative." 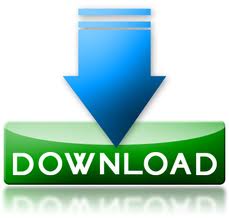 The authors also suggest that the lack of a legal alternative for a given piece of content may have a lot to do with whether or not its pirated. The authors also note that while music revenues have fallen steadily since 1999, last month the International Federation of the Phonographic Industry (IFPI) reported its 2012 global recorded music revenue is up for the first time in 14 years. It rose 0.3% during 2011, to reach $16.5 billion.

The authors conclude: “After using several approaches to deal with the endogeneity of downloading and streaming, our results show no evidence of sales displacement (emphasis added) Overall, our different estimates show relatively stable, positive, and low elasticities of legal purchases with respect to both illegal downloading and legal streaming" adding "All of these results suggest that the vast majority of the music that is consumed illegally by the individuals in our sample would not have been legally purchased if illegal downloading websites were not available to them.”

On Monday, BPI Chairman and former EMI UK chief Tony Wadsworth told the Radiodays Europe conference in Berlin that he is very optimistic about the future of the music business. Predicting that the UK recorded music industry will pass the 50/50 point in terms of digital versus physical revenues this year, Wadsworth pointed to the growth of the mobile and in-car internet as providing even bigger digital opportunities for music services, and their music right owning partners, and the start of a new sustainable period of growth.

and for the 'MegaUpload' research the see
http://arstechnica.com/tech-policy/2013/03/researchers-movie-studios-made-more-after-megaupload-was-shut-down/
Posted by Ben at 11:50 am

Unsurprisingly Frances Moore, boss at the IFPI, the record labels trade body said "The study contains significant flaws and is therefore misleading in its conclusions about the impact of piracy. In particular, it uses a methodology that does not accurately measure digital music purchases and, very importantly, it omits from its assessment the impact of piracy on subscription and streaming services. Most research confirms a very different picture, which is that piracy overall has a negative impact on the legitimate music business". Will Page from Spotify added his own criticisms, one of which was that "the unfair competition that legal streaming services face from music piracy is not properly acknowledged by the authors"