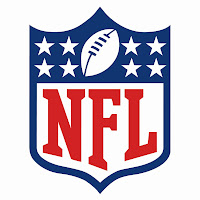 On October 21, a group of seven high profile sports photographers filed a federal lawsuit accusing the National Football League (NFL) of "rampant, willful and continued" copyright violations. The plaintiffs also accuse Getty Images and the Associated Press of "illegal and unethical misconduct which permitted, encouraged and contributed" to the copyright infringement. At issue were photographs shot at NFL games. These were typically licensed to the NFL through the licensing agencies, Getty Images and the Associated Press. In the complaint the plaintiffs argue that the NFL went beyond the terms of the agreement by using the photographs in connection with advertising, news reporting, promotional materials and products. Due to its market power, the NFL was able to cut deals with the licensing agencies which allowed them to use the content on a royalty free basis. The complaint, however, did not include any antitrust or unfair competition claims.

In addition, a New Jersey judge refused to dismiss a case against Pearson Education. Pearson, who claims to be the largest producer of college textbooks in the world, allegedly has infringed the copyright in four thousand photographs. The claimants, Minden Pictures (a stock-photo corporation based in California) and twelve photographers, had previously licensed Pearson to use their works within the US. They now claim that Pearson went beyond the terms of the license by distributing the photographs internationally.

Posted by Patrick Goold at 3:32 pm