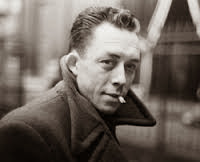 The World Intellectual Property Organization (WIPO) has now issued media releases, here and here, to the effect that Algeria has deposited its instruments of accession to both the WIPO Copyright Treaty and the WIPO Performances and Phonograms Treaty. The two treaties take effect for Algeria on 31 January 2014.

While many African countries have no high-profile copyright generating personalities who are known beyond their home territories, Algeria was home to one of the most celebrated authors of the 20th century, Nobel Prize laureate Albert Camus -- who died in 1960. His works L'Etranger and La Peste are considered among the finest of their genre.
Posted by Jeremy at 12:43 pm