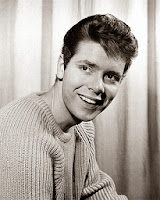 Well, we blogged it was coming, and now the term of copyright protection for sound recordings in the UK runs for a marvellous 70 years, rather than the paltry 50 years that was previously the case. The move, which came into effect on November 1st and was dubbed "Cliff's Law" after the veteran hitmaker Sir Cliff Richard (who backed the campaign to extend the copyright period) has not been without its critics, many of who said the move would only benefit record labels: The European Directive (2011/77/EU) that implemented the change requested that each country introduce measures to ensure artists received some benefit from extra 20 years of copyright protection. The specifics of those benefits in the UK have been in development for most of the year, and the Intellectual Property Office has now announced the following initiatives

- A "session fund" paying many performers (such as session musicians) 20% of revenues from sales of their recordings.

- A "clean slate" provision, whereby a producer may not make deductions from payments to performers (such as advances of royalties) from publication of a recording.

- A "use it or lose it" clause - which allows performers and musicians to claim back their performance rights in sound recordings if they are not being commercially exploited.

What will be interesting will be the detail. Whilst the EU had said that the extended term would benefit record producers who would generate additional revenue from the sale of records in shops and on the internet allowing them to adapt to the rapidly changing business environment and help them maintain their investment levels in new talent, major record labels are extremely good at reducing artiste royalties to next to nothing, often by reducing revenues on which those royalties apply. To be frank, 20% of nothing is, well,  nothing. So the detail of how session players and featured artists get paid remains to be seen. If labels are required to "set up a fund into which they will have to pay 20% of their revenues earned during the extended period" then the key will be what those revenues actually are: 20% of gross revenues would be nice. 20% of net revenues will probably be next to nothing if labels are allowed to deduct costs and overheads.  Many heritage artistes already only receive a minute shares of revenues - which often look even more one-sided in the digital age where record label manufacturing, packaging and distribution costs are virtually zero:  prolonging that situation for 20 years won't help musicians and performers very much.

Confirming the new measures, IP Minister James Younger said "The new rules bring lasting benefits for our world class recording artists. These changes demonstrate the government's ongoing commitment to, and support for, our creative industries - who are worth billions to our economy. Artists who performed on sound recordings will benefit from this extension of copyright protection from 50 to 70 years. The changes should help ensure that musicians are rewarded for their creativity and hard work throughout their careers".

Meanwhile Jo Dipple of cross-industry trade body UK Music said: "UK Music welcomes today's announcement on extending the term of copyright for sound recordings. We are pleased that the government is implementing changes that acknowledge the importance of copyright to performers and record companies. This change will mean creators can rightfully continue to make a living from their intellectual property and works".

The extension will not be applied retrospectively, so tracks that have already fallen into the public domain, including the Beatles Love Me Do, remain outside of copyright protection.

Recital 11: ‘Revenue’ means the revenue derived by the phonogram producer before deducting costs.

"A first accompanying measure should be the imposition
on phonogram producers of an obligation to set aside, at
least once a year, a sum corresponding to 20 % of the
revenue from the exclusive rights of distribution, repro­duction and making available of phonograms. ‘Revenue’ means the revenue derived by the phonogram producer before deducting costs."

... a non-featured performer (i.e. one who signed over
their rights to the producer in return for a single payment) is entitled to receive, annually, a share of a sum equal to
20% of gross revenues from the physical and online sales of their recordings in the previous year.