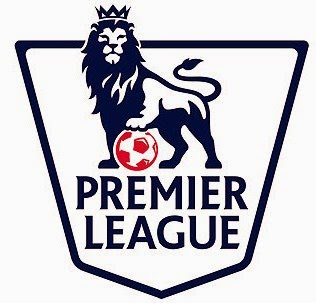 Football Association Premier League Ltd v Berry is a Chancery Division, England and Wales, decision last week from Richard Spearman QC (sitting as a Deputy Judge). The claimant in these copyright infringement proceedings was the Football Association Premier League Ltd (FAPL) and the works infringed were the FAPL's logos and graphics -- mere incidentals to the much-desired broadcasts of Premier League football matches which were shown in Berry's pub. These proceedings were not about infringement but about a rather more technical issue -- whether the FAPL was entitled to an interim payment on account of costs following Berry's concession that the FAPL was entitled to summary judgment on the issue of liability for copyright infringement.

In the substantive action, the FAPL alleged that the copyright in its logos and graphics had been infringed on a number occasionsv over a two-year period by the unauthorised showing of its football matches in Berry's public house, even though the matches per se were not themselves subject to copyright. The FAPL sought regular and additional damages in respect of the flagrancy of the infringement.  While Berry conceded that the FAPL was entitled to summary judgment in respect of some of those broadcasts, he wanted to run some legal arguments based on competition law and EU law.

What recoverable costs might the FAPL expect? The FAPL maintained that the expected recovery of more than £25,000 in damages justified the commencement of the action in the High Court, this being the right court in which to proceed given the complexity of the issues. Added the FAPL, its claim for additional statutory damages was not unlikely to succeed. Moreover, Berry had made the litigation a lot more expensive than it need be, It was he who had argued that the copyright issues were intertwined with issues of competition law and EU law. If Berry had wanted the matter to be heard in the cheap-and-cheerful Intellectual Property Enterprise Court (IPEC), he could have said so earlier. What's more, case law indicated that cases like this were either heard in the High Court throughout or ended up substantially heard there even if they started in the IPEC. All in all, if the FAPL's costs were high, it was due to the way in which Berry had conducted the claim, having conceded the FAPL's entitlement to summary judgment only at a late stage, by which substantial costs had been run up.

Berry disagreed. In the first place, he said, this claim -- which was only for infringement of copyright in logos and graphics -- was not worth a lot. Secondly, the figure of £25,000 was unjustifiable and the proceedings ought to have been commenced in the IPEC, where the amount of recoverable costs would be greatly reduced.

In an extempore judgment, Richard Spearman QC granted the FAPL's application.  In his view:

* As far as the quantification of the claim was concerned, it was obvious that the rights were valuable and important, and that the copyright works conveyed interesting and useful information to viewers, which Berry chose to use when he broadcast material which contained that information without permission.

* It was entirely reasonable that the payment of a monthly licence fee of approximately £1,200 would add up to more than £28,000 over the relevant two-year period; it was also difficult to appraise whether it was likely that the claim of additional damages was likely to come home.

* When the FAPL had enough material to make an informed decision, it would elect between an account of profits or damages in the usual way.

* It was very difficult at this stage to estimate what the result of an account of profits would be; however, it was likely that £25,000 would be exceeded.

* More significantly, this litigation was part of a wider battle between publicans and copyright holders such as the FAPL as to whether the claims of copyright holders were untenable in light of EU and competition law --  the importance of these rights being reflected in the fact that both sides had used well-known leading and junior counsel.

* In this action, since Berry had taken the stance of defending the case across the board, putting the FAPL to proof of its substantive rights and the ownership of copyright and the alleged infringing use, it was reasonably foreseeable that substantial costs would be incurred; the FAPL had no other choice than to put in relevant evidence in order to obtain judgment. Berry had not suggested that this evidence submitted by the FAPL had been excessive or disproportionate, and there had not been anything disproportionate about the costs the FAPL incurred.

* It was hard to claim that the FAPL had gone about pressing its claim in a wrong or disproportionate way in bringing it in the High Court, and there was authority that an order for the payment of costs of £65,000 within 28 days in comparable circumstances was not wildly inappropriate (citing Football Association Premier League v Luxton [2014] EWHC 253 (Ch), which is not on BAILII).

* When assessing the award of an interim payment, the question was not what was the irreducible minimum that would be awarded, but what a reasonable estimate would be. On this basis the FAPL was entitled to an interim payment of £65,000, which represented under half of the total bill of £148,000, payable within 28 days.

This blogger was always taught, and indeed has always taught, that it was dangerous to put the claimant to proof of the entitlements covered by statutory presumptions unless you were pretty certain that the claimant lacked the necessary credentials to sue.  He's also curious to know how the value of the infringed logos and graphics has been assessed: he has wandered into the occasional pub in order to enjoy the footie while supping a pint or two, but can't recall ever popping into his local in order to catch a big-screen glimpse of the FAPL logo and graphics ...

This decision has been noted on the Lawtel subscription-only service.
Posted by Jeremy at 8:05 pm

The valuation is a little odd. If the football league were trying to license the use of its logo (only) to pubs you can see it being a hard sell in many cases. I am not sure most pubs would pay £1,200 a month for the right to display the logo.

The reality is that it isn't the logo, but the broadcasts, which is precious but the logo is being (mis?)used as a proxy for the broadcasts in some sense.