Ramble on? No, it's just an abuse of process 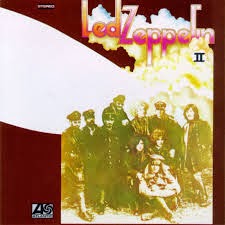 By a huge stroke of coincidence this blogger, driving from London to Oxford and back yesterday, took the opportunity to revise some of his favourite albums from the past, one of which is Led Zeppelin II.  As he passed High Wycombe, he found himself involuntarily singing along at the top of his voice to one of his favourite tracks, "Ramble On", here.

On the subject of rambling on, any judgment that opens with the words "This is an application by the Claimants for permission to re-re-re-re-re-amend their Particulars of Claim in this action" is likely to be speaking of legal proceedings that are indeed rambling on, consumed by legal technicalia, and yesterday's ruling of Deputy Judge Iain Purvis QC, in the Chancery Division, England and Wales, is no exception.  The dispute in question is the latest fixture in the regular contests involving Football Dataco, Football Association Premier League and friends versus Stan James and others, with readers will almost certainly be familiar (click here and here if you're not). The decision, which copyright litigators can access here or download here, runs on for 117 paragraphs, in the 116th of which appear the cheering words "I have decided that the amended claim would amount to an abuse of process ...".

This decision provides a salutary warning to claimants that they should ensure that all claims are advanced as early as possible in any litigation rather than leaving “a second claim against the same defendant up his sleeve".
Posted by Jeremy at 10:22 am

“re-re-re-re-re-amend” – are you sure this wasn’t an application from Max Headroom? ;-)

Nice hyperlink to the freely acessible (but presumably not authorised) Led Zep song!!

By remarkable coincidence, High Wycombe is my home town...