Here's a guest post from Denise Verdoold (Banning, 's-Hertogenbosch, The Netherlands), whose combination of legal expertise and linguistic talent is brought to be on a piece of copyright litigation which Eleonora has been stalking on the IPKat (here and here) but which has hitherto escaped the attention of this blog.  Thanks, Denise! 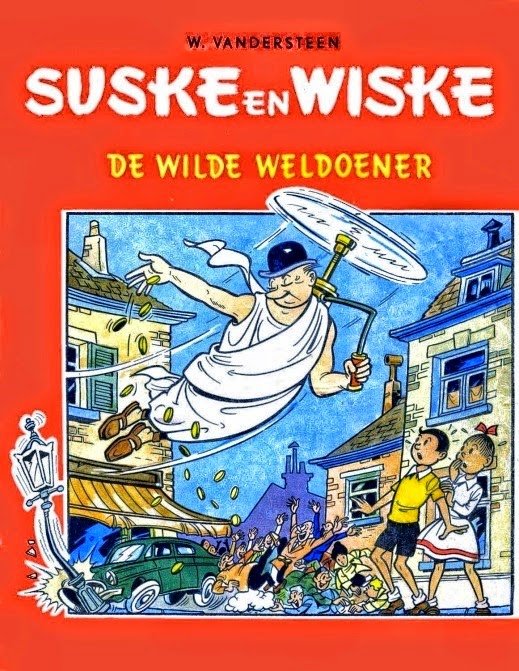 On 22 May 2014, Advocate-General Cruz Villalón delivered his opinion in Case C-201/13 Deckmyn v Vandersteen. Although unfortunately not available in English -- the link therefore refers to the Curia case information section so readers can choose to view the opinion in any of the 21available languages taking their fancy -- the conclusion is worth mentioning as AG Cruz Villalón sets out the requirements which according to him the autonomous European concept of parody should meet. Especially with regard to the Copyright and Rights in Performances (Quotation and Parody) Regulations 2014, which will enter into force in October 2014, thereby introducing the parody exception into English copyright law, an English note on the AG’s opinion seems valuable.

In Deckmyn v Vandersteen, the Belgian Supreme Court referred questions of interpretation to the CJEU concerning the nature and meaning of the term ‘parody’ as laid down in article 5(3)(k) of Directive 2001/29/EC on the harmonisation of certain aspects of copyright and related rights in the information society (Infosoc Directive). 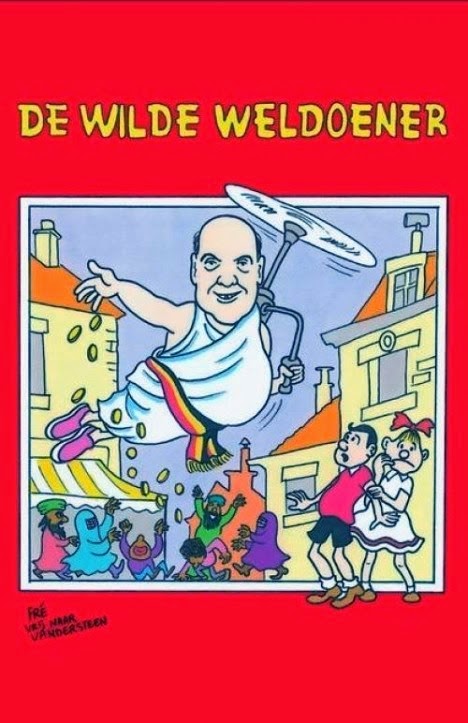 1.         Is the concept of 'parody' an independent/ autonomous concept in European Union law?
2.         If so, must a parody satisfy the following conditions or conform to the following characteristics:
-    the display of an original character of its own (originality);
-    and such that the parody cannot reasonably be ascribed to the author of the original work;
-    be designed to provoke humour or to mock, regardless of whether any criticism thereby expressed applies to the original work or to something or someone else;
-    mention the source of the parodied work?
3.          Must a work satisfy any other conditions or conform to other characteristics in order to be capable of being labelled as a parody?

Prior to presenting his answers, the AG stresses that the questions do not concern moral rights, the three-step test (exceptions to the exclusive rights of the author may only be created in limited circumstances and may not conflict with the normal exploitation of the work or be prejudicial to the legitimate interests of the author) or the scope of the reservation made by Belgian laws to include the parody exception in Belgian copyright law. These aspects fall outside the scope of application of Infosoc and are therefore left to the exclusive jurisdiction of the national courts.

Proceeding to the referred questions, the AG answers the first one in the affirmative because Infosoc refrains from explicitly referring to the laws of the Member States to define the term ‘parody’. If this is the case, established case law determines that a concept is to be qualified as an autonomous concept in EU law. Furthermore, the AG points out the objective of Infosoc is to harmonise certain aspects of copyright, supporting the conclusion of ‘parody’ being an autonomous concept.

-           The parody needs to be an original work. The AG explains that a parody always consists of both elements which are clearly recognisable as being taken from the parodied work and elements which are original. Hence, parodies can be described as being both a copy and a creation. It is for the national courts in the Member States to determine, the AG continues, whether the parody either bears sufficient creativity as opposed to the parodied work, or should merely be regarded as a copy bearing insignificant alterations.

-           Courts in the Member States should take account of fundamental rights such as the right to freedom of expression when determining the allowability of a parody under Infosoc. A balance should be struck between the rights involved in a particular case. For this purpose, the AG comments that, in principle, the balance should be struck in favour of the right to freedom of expression. A work may therefore, according to the AG, not be excluded from the parody exception when the message it carries out is not shared by the author of the parodied work or a large part of the public. However, a parody should not carry out a message which radically opposes the most deeply rooted values of society. Therefore, the message carried out by the parody should be taken into account when parodying a work.

In this light, the AG remarks that the Member States enjoy a certain margin of appreciation when assessing whether the parody in issue bears the elements set out above.

We will now have to wait for the decision of the CJEU in this case. If the CJEU follows the opinion of the AG, more clarity will have been provided on the parody exception as laid down in Infosoc. However, it will be for the courts in the Member States to decide whether a parody meets the criteria formulated by the AG. Particularly the conceptualisation of the required absence of confusion and the application of the balancing exercise with respect to fundamental rights will prove interesting issues in practice.