Defendant published a cookbook of vegan Ethiopian recipes in 2015. Plaintiff filed a copyright infringement suit against her, who moved to dismiss. 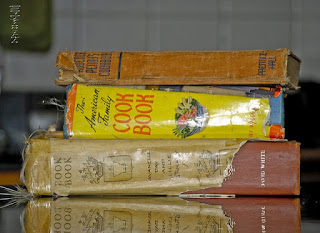 No substantial similarities between the two works


The elements of a copyright infringement claim are (1) ownership of a valid copyright and (2) copying of constituent elements of the work that are original, Feist Publ’ns, Inc. v. Rural Tel. Serv. Co., at 361. If plaintiff is not able to provide direct evidence of copying, he must show that defendant had access to the original work and that there are substantial similarities of material which can be protected by copyright in the two works. Ideas are not protected by copyright and so copying an idea is not copyright infringement.


Judge Cogan evaluated whether there was substantial similarities between the two cookbooks, as such a review is allowed at the pleadings stage on a motion to dismiss. In the Second Circuit, the standard test for substantial similarity between two works is “whether an ordinary observer, unless he set out to detect the disparities, would be disposed to overlook them, and regard [the] aesthetic appeal as the same,” Yurman Design, Inc. v. PAJ, Inc., at 111.


However, if the original work incorporates elements which are in the public domain, then the court must undertake “a more refined analysis” and look for “substantial similarity between those elements, and only those elements, that provide copyrightability to the allegedly infringed [work],” Boisson v. Banian, Ltd., at 272.


In our case, Plaintiff failed to show that there were such substantial similarities. Judge Cogan used a table to compare elements of both works (see p. 7). He found that the common words used in both books to describe Ethiopian foods, ingredients, or culinary traditions were not protectable by copyright.


“To the extent the two works have general similarities – including the fact that both are about vegetarian or vegan Ethiopian cuisine, the inclusion of illustrations of prepared dishes, and descriptions of foods as spicy, spongy, or the like – these elements simply do not amount to a claim for copyright violation.  Instead, they are “scènes à faire,” or “unprotectible elements that follow naturally from [the] work’s theme rather than from [the] author’s creativity.”  MyWebGrocer, LLC v. Hometown Info, Inc., 375 F.3d 190, 194 (2d Cir. 2004).”
Not an original compilation either


However, Judge Cogan found both books to be “substantially dissimilar.” He noted that Defendant’s cookbook contained “ more than 185 pages of content, including cultural history, ingredients lists, shopping lists, over 140 recipes, and over two-dozen pages of photographs and illustrations” while Plaintiff’s 2007 cookbook contained “ only 46 numbered pages, including 12 recipes, six pages of commentary, a three-page interview, and nine pages of black-and-white photographs.”


Judge Cogan also found the “total concept and feel” of the two books to be distinct. As “the abstract similarities that “follow naturally” from the works’ common theme of vegetarian Ethiopian cooking are not protectable” (Lapine v. Seinfeld, at 83 (2d Cir. 2010)), the two works were not similar. In Lapine, the two books were explaining how to incorporate pureed vegetables into recipes.
Image is courtesy of Flickr user Jackie Finn-Irwin under a CC BY 2.0 license.
Posted by Marie-Andree Weiss at 3:00 pm