After the recent case of the Jimi Hendrix photograph (see here and here), we have another case about the importance of originality in French copyright. This time, the case is whether retail stores’ layouts are original enough to be protected by copyright. 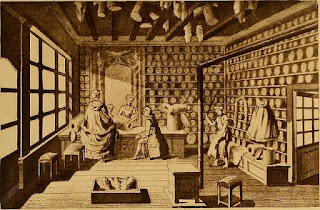 An Italian cosmetics store (K) with stores and France had filed a copyright infringement and unfair competition suit against a French cosmetics and accessories company (F), claiming that it had copied the specific layout of its points of sale. K claimed that its stores’ layout is original and protected by the French droit d’auteur (referred from now on as copyright.) K’s store displays, display panels, cash counters, color coding, the advertising panels on the outside shop windows, were claimed as original.


French law protects works which are original, regardless of their artistic merit


The Douai Court of appeals cited article L 111-1 of the French Intellectual Property Code, under which the author of a work of the mind has an exclusive right of intangible property which is binding on all. This right includes patrimonial rights as well as moral rights. The court also cited article L 112-1 of the same Code, which provides that the rights of authors on all works of the mind, regardless of the genre, form of expression, merit or destination, can be protected by copyright. This is the so-called théorie de l’unité de l’art, the theory of the unity of art, which prevents judges to assess the artistic value of a work protected by copyright.


Under French law, a work is protected by copyright if it is tangible or if it is fixed, and if it is original, meaning that it bears the imprint of the personality of its author. The Court of appeals explained that “creation is defined by a production of the mind which manifests itself in an effort, no matter how small, but which is certain and demonstrates an aesthetic bias bearing the imprint of the personality of its author, and which are not simple transpositions or declinations, thus conferring on the object a character of originality and novelty.”


The layout of K’s stores


K described its stores’ layout as one which uses clean lines and which organizes the cosmetics in such a way that the customer’s gaze will have no obstacles. K argued that this, “combined with the specific shape of the furniture and the presence of linear elements, gives [the layout of K’s stores] a visual effect very much original which reveals a true creative contribution in the arbitrary choice of the arrangements.”


“are inclined at different angles, which gives a triangular appearance to the profile of the display.” The colors used in the stores are gradual, and the alternation of products embedded in the white furniture sometimes in a vertical position, sometimes in a horizontal position, [creates] a visual aspect both linear and pictorial.” K argued that the arbitrary combination of all these elements “presents an entirely singular, modern and futuristic appearance, which is therefore original. “


F had argued that the layout did not bear the imprint of the personality of their author, and that the mere combination of these elements, which are not original, is not original either. F also claimed that it had used these elements, particularly the displays and the screens, before K, and that its color code was not the same as the one used by K, which used purple, a color not used at all by F. As for the black and white color used in both stores, F noted that “they are particularly banal colors and [that K] cannot invoke the use of a dark color on the floor to claim any right.” 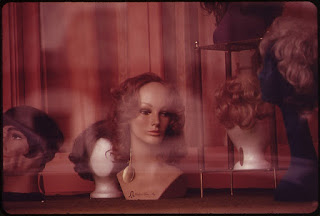 
The Court recognized that French copyright protects interior design such as


“the rhythm of color and the layout of a store chain” and explained that “[w]hen this protection is contested in defense, the originality of a work must be explained by the person who claims to be the author, that is the only person able to identify the elements expressing his personality…. [and that] the exploitation of a work by a moral entity under its name shall presume that this moral entity [owns the copyright].”


The Court further explained that:


“In the applied arts, originality often arises from a new combination of already known elements, from the creation of original forms, new materials, and decorative effects, which are distinguished from those previously known by their singularity or distinctive character which express the personality of the author by conferring a personal form on his work.”


This was the situation in the present case.


“- the shape of the triangular display case, in lacquered white, in which the drawers containing the products fit completely, is specific, since it has two Inverted slopes, creating a smooth and rounded appearance, reinforcing the aerial and futuristic character,


- the arrangement of these pieces of furniture on each side of the store and the alignment of the products reinforces the infinite unfinished visual aspect and its clean nature,


- the juxtaposition and the choice of colors (purple, white, black) and their regular rhythm (dark floor and white furniture topped with a white headband with LCD black screens and a purple background) reinforce the linear aspect,


- the juxtaposition of colors and in particular the use of black and white contribute to bring to mind the attributes of luxury and enhance the impression of modernity,


- this search for modernity and futurism is accentuated by the layout of LCD screens  on top of the furniture, their presence in showcases of 'advertising lollipops' showing movies, and the use of recessed lighting in the ceiling in the form of circles of different sizes.”


The Court of appeals ruled that the layout of K’s stores, thus described, is protected by copyright because


“K has thus declined and transposed all these elements in a reflective and singular manner with a view to producing a distinctive effect and a clear visual identification in order to satisfy the company's own concept of marketing of make-up products in an environment and a setting which are reminiscent of luxury and modernity.”


“The layout of K’s stores is therefore characterized by an original combination of shapes and shades, which is precisely defined, and which is an aesthetic bias and which reveals a creative effort indeed demonstrating the personality of its author and attests to the search for a distinctive configuration, thus distinguishing itself from layouts which may be of the same style and implementation of simple know-how.”


The Court of appeals also found that F had tried to capture K’s clientele, by taking advantage of K’s “intellectual and financial efforts to set up its distinctive concept, depriving it of its singularity and diluting the specificity of its concept,” which the Court of appeals found to be unfair completion practices. K was awarded damages and ordered F to dismantle its stores’ layout.
Posted by Marie-Andree Weiss at 6:08 pm