The complaint alleges that Fox used Muhammad Ali’s identity without permission for commercial purposes in a three-minute promotional video that the television network broadcasted just before the start of the 2017 Super Bowl, which was also broadcasted by Fox.


The complaint further explains that, during his lifetime, Muhammad Ali endorsed “carefully selected products and services” in order to “enhanc[e] and maint[ain] the value of his legacy and endorsements” and thus was able to financially profit from his identity and persona, while maintaining his integrity.


Muhammad Ali’s most famous nicknames were The Greatest, The Louisville Lip and The Champ. The complaint relates why Muhammad Ali was indeed “The Greatest.” His accomplishments include an Olympic gold medal, several heavyweight titles, and even two Grammy Award nominations. He was awarded the Presidential Medal of Freedom in 2005, and was a human rights champion, speaking fiercely about racial prejudice, a theme unfortunately still in the headlines. The BBC named him the Sports Personality of the Century.


The Fox video had “greatness” as its theme. The narrator urged viewers to watch it to see “what it means to be the greatest.” It showed the back of a boxer entering a tunnel, going to the ring, wearing a robe with “The Greatest” and “The Lip,” two of Muhammad Ali’s nicknames, written on the back. The boxer was not Muhammad Ali, but the video intersected real footage of the boxing legend with images of a boxer wearing a robe with Muhammad Ali’s nicknames.


Plaintiff claims that such unauthorized use violates Section 43(a) of the Lanham Act as the video is likely to cause confusion to consumers as to the affiliation of Fox with Muhammad Ali, and also claims that this unauthorized use of Muhammad Ali’s likeness is a violation of his right of publicity as protected by the Illinois Right of Publicity Act (IRPA) (765 Ill. Comp. Stat. 1075/1 to 1075/60°). The Act replaced the Illinois common-law tort of appropriation of likeness when it entered into force on January 1, 1999. Muhammed Ali died in 2016, but the IRPA extends its protection to individuals for 50 years after the date of their death. 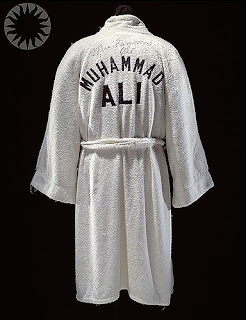 IRPA defines “commercial purposes” as “public use or holding out of an individual's identity (i) on or in connection with the offering for sale or sale of a product, merchandise, goods, or services; (ii) for purposes of advertising or promoting products, merchandise, goods, or services; or (iii) for the purpose of fundraising”. It could be argued that the video was used to promote the broadcast of the 2017 Super Bowl. It showed images of famous football players, also entering a tunnel, to go to the field. It ended by displaying the Super Bowl LI logo – it was the 51st Super Bowl – and ended with a screen showing the name of Muhammad Ali with his year of birth and of death.


The identity of a person under IRPA can be “any attribute of an individual that serves to identify that individual to an ordinary, reasonable viewer or listener, including but not limited to (i) name, (ii) signature, (iii) photograph, (iv) image, (v) likeness, or (vi) voice.” The video made use of Muhammad Ali’s identity, by using the nicknames on the back of the robe, by making direct references to Mohammad Ali, by using of “The Greatest” throughout the video.


Fox is likely to claim that IRPA does not apply if the use of identity has been made to “portray, describe, or impersonate that individual [on]…television, or other audio, visual, or audio-visual work, provided [it]…does not constitute in and of itself a commercial advertisement for a product, merchandise, goods, or services.”


Therefore, whether the video is or is not an advertisement for the Super Bowl is likely to be at the center of the debate between the parties. Plaintiff claims that the video is “far more than a tribute to Muhammad Ali”, but that instead it “uses Ali to define greatness…and thus to define the Super Bowl as “greatness” too.”


Fox may also assert a First Amendment defense, claiming that the video is an artistic and creative expression protected by speech, meant to be an homage to a sports legend and providing news and information to the public.


This case will probably settle out of court and is not likely to go the distance to trial.
Posted by Marie-Andree Weiss at 6:32 am