THE COPYKAT - Goodbye to October and to Judge Richard Posner!

Apologies for the lengthier format of this CopyKat. It has been somewhat of a copyright heavy few weeks. As such we have a lot to cover! All of the CopyKats here were surprised to hear of the shock retirement of Judge Richard Posner from the Seventh Circuit Court of Appeals. Judge Posner co-penned influential articles on copyright law, authored dozens of opinions on copyright issues and, even in cases not involving copyright, frequently employed copyright analogies (far more often than his famous cat analogies). As such we thought you may enjoy this article that sets out 10 of his most influential copyright decisions. 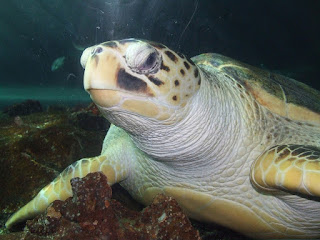 Slow and Steady Fails to Win the Race for the Turtles

Members of 1960s rock band The Turtles have lost a major legal battle in their quest to collect copyright royalties from their old hit songs.

The Florida Supreme Court held today (PDF) that the state doesn't recognize any copyrights in pre-1972 music recordings, despite the band's arguments to the contrary. All seven justices concurred in the ruling. Flo & Eddie, a company that represents two members of The Turtles, had claimed that even though there is no federal copyright in sound recordings for pre-1972 songs, they are entitled to payments because their songs are protected by state copyrights and common law. The band members sued Sirius XM in 2013, and lawsuits against streaming services like Pandora followed. The major record labels also got involved, essentially copying The Turtles' strategy, by suing Sirius as well as Pandora.

However, following those settlements, copyright owners were dealt a setback. Last year, New York's highest court voted 6-2 that there's no right to control public performances under the state's common law. New York state copyright is strictly about copying. Today's ruling out of Florida is in many ways similar to that New York ruling.

ALAI has learned that EU Member States have put a number of questions to the Legal Service of the Council regarding Article 13 and Recital 38 of the Commission Proposal for a Directive on copyright in the Digital Single Market1.

ALAI herewith offers some assistance on the basis of its previous reflections and Resolution adopted on 18 February 2017 (hereinafter “ALAI Resolution”, see: http://www.alai.org/en/assets/files/resolutions/170218-value-gap-en.pdf ).

A Proposed Fix: A Blanket Mechanical Licensing System For The U.S. 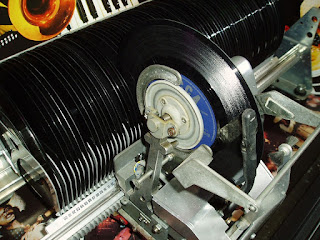 The National Music Publishers Association, the Digital Media Association. and various songwriter and record label groups are negotiating legislation that they hope will solve the mechanical licensing problems that have plagued digital music services, while hopefully achieving higher rates for music publishers and songwriters.

It's a proposed law that will create a mechanism and a new entity that will issue and oversee a blanket mechanical license for digital music services and record labels.

That news came out of the monthly meeting of the Assn. of Independent Music Publishers, where NMPA president and CEO David Israelite was the guest speaker. He was scheduled to lay out the parameters of the legislation once again on Thursday in Nashville and on Monday in Los Angeles at those cities AIMP meetings, too.

While music publishers can hope for 'pie in the sky' legislation that would abolish the consent decrees and the compulsory license, Israelite says such a bill would never pass, considering it would be opposed by corporate giants like Google, Facebook, the MIC Coalition and the National Assn. of Broadcasters.

New Book, New Copyright Suit. Poor Dan is Still Not Out of The Woods 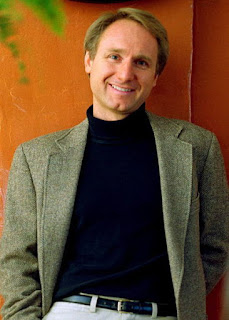 Author Dan Brown (right) is certainly not a stranger to copyright claims and lawsuits over his bestseller The Da Vinci Code. Not long after publishing the book in 2003 to wide acclaim, several legal actions took place against Brown and his publisher, as well as some action initiated by the publisher to stave off claims of copyright infringement and plagiarism.

One such case that we did not cover here was brought by Jack Dunn of Massachusetts, who authored a book called The Vatican Boys, and sued Brown in Massachusetts for copyright infringement over the usual claims: there were claimed similarities in characters, plots, and factual assertions (including some that are erroneous in both). In 2007, Judge Michael Ponsor threw out the case, claiming that all the evidence Dunn's legal team provided amounted to thematic and structural similarities, which are not copyrightable.

For the proceeding decade, Dunn simply went away. That is until he found another law firm willing to file another copyright suit against Brown, but this time in the UK. We'll see if this suit gets filed. Given Brown's track record for defeating these sorts of attempts, I know on which party I'd be putting my money. 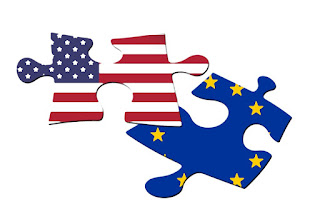 There has been a marked increase in the amount of discourse relating to the control of copyright material online. Many proponents argue for greater regulation of online intermediaries that readily supply content to the masses. Detractors argue for the freedom of the internet to be maintain using often cited free speech arguments. In my view this is an issue that is not going go away. In an ever increasing ideas based society, copyright (along with the other associated IP rights) are only going to become more valuable. It is therefore paramount that we follow the discussion so that we can all take part when the time comes. I have selected a few of the recent articles that highlight the conversations going on in the Eu and in the US.

Tech sector opposes proposed landmark web-block injunction in the US – Perhaps unsurprisingly, the Computer And Communications Industry Association has hit out against a web-block injunction being proposed in an American copyright infringement case between the American Chemical Society and a website called Sci-Hub, which makes academic papers available without a licence.

Cloudflare CEO faces two-hour deposition over his company’s piracy policies - The US record industry again laid into Cloudflare earlier this month in its annual submission to the American government on piracy matters around the world. And now the internet firm’s CEO Matthew Prince is set to be questioned about his company’s policies regarding its copyright infringing customers.

Digital Rights Groups Demand Deletion of Unlawful Filtering Mandate From Proposed EU Copyright Law - The European Parliament's Civil Liberties (LIBE) Committee is due to vote on its opinion on the Digital Single Market proposals this Thursday, 19 October. Although it's not the final vote on these measures, it could be the most decisive one, since a recommendation for deletion of Article 11 and Article 13 at the LIBE committee would be influential in convincing the lead committee (the Legal Affairs or JURI Committee) to follow suit.

And Finally…. some interesting copyright disputes in the news

High Court: TV formats can be protected by copyright even if elements of the shows are spontaneous or changeable - Judgement