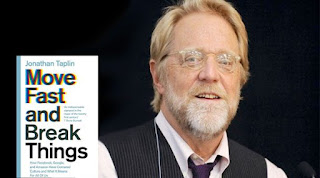 Let’s start with an event!

“Crisis in Copyright Policy: How the digital monopolies have cornered culture and what it means for all of us”

With Jonathan Taplin, University of Southern California and author of Move Fast and Break Things, and Chaired by Professor Sir Robin Jacob

You can book your place here!

A Learned society is answering questions!

ALAI (Association Littéraire et Artistique Internationale, International Literary and Artistic Association) learned recently that EU Member States have been asking questions to the Legal Service of the Council regarding Article 13 and Recital 38 of the Commission Proposal for a Directive on copyright in the Digital Single Market.

ALAI is answering four questions about this text. You can find their further reflections here!

The family of Albert Namatjira recover his copyrights after 30 years of battle!

It was an injustice, and it has been resolved more than 30 years after the beginning of the battle by the family of Albert Namatjira! In Australia, it was the longest copyright battle of the country!

The outstanding artist's has been denied any rights or revenue from the work of the Aboriginal painter for more than 30 years. The painter is recognised as Australia’s greatest indigenous painter, and the first to work in the western tradition.


Small facts: one of its paintings was gifted to the Queen for her 21st birthday in 1947, and he was the first indigenous artist to receive international acclaim.

Before he died, he sold part of the copyright to his friend John Brackenreg of Legend Press in 1957. Two years later, he died and gave the rest of his copyright to his wife Robina and his family. Thing is: its full copyright was sold to Legend Press for $8500 by the administration of his will was handed to the Northern Territory public trustee! And if it wasn’t enough, Legend Press put restrictions on the use of Namatjira’s paintings and images and the royalties to his family dried up!

Eight years ago, the family began the battle to recover Namatjira copyrights, and they even met the Queen!

Thanks to the good will of Dick Smith, a multimillionaire, who shared its connection with the family, which was able to rich one of the current owners of Legend Press. Surprise: after a 15 minutes’ chat, Mr Philip Brackenreg gave back the right to the Namatjira Legacy Trust for $1!

A horrific tale - but happy ending to this story!

Missing data: Spinrilla is trying to have copyright case dismissed!

Do you know Spinrilla? It’s an app where you can access thousands of free hip-hop mixtapes in your pocket. Doesn’t it sound cool?

Problem: the application allows people to upload and listen to unofficial mixtapes, which leads tooooo… yes, you got it, copyright infringement! 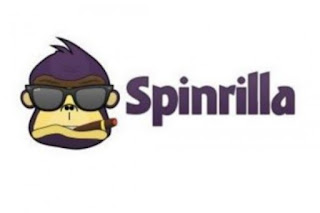 Thing is: they are infringing copyrights according to the US record industry! A lawsuit is filed against the hip-hop mixtape application by the US record industry, and things are going sour: Spinrilla has requested that the copyright infringement be dismissed on the basis that the major record company failed to hand over crucial data relating to the allegedly infringing tracks at the heart of the case. For Spinrilla, by not providing this data, the label hindered its ability to mount a defence, leaving the company “severely prejudiced”.

According to Spinrilla: “It is without exaggeration to say that by hiding the RIAA spreadsheets and that underlying data, defendants have been severely prejudiced. The complaint should be dismissed with prejudice and, if it is, plaintiffs can only blame themselves”

It seems a somewhat ambitious bid to have the record industry’s copyright case thrown out of court. But we’ll nevertheless await with interest to see how the judge overseeing the case responds.

This CopyKat from Lolita Huber-Froment
Posted by Ben at 10:40 am