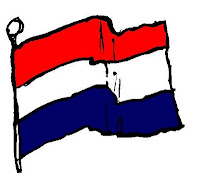 From Boek9.nl, via Piter de Weerd, comes news of the Hague District Court's judgment in preliminary proceedings of 2 June 2010 in Case KG ZA 10-639, FTD BV v Eyeworks Film & TV Drama BV. Says Piter, this is a ruling in which

According to the Dutch court,

"2.1. The issue of this case is the downloading from Usenet of copyright material and the role played by [the defendant] FTD in this …

2.6. FTD provides a service by which users can find and download files on Usenet in an easy way. To that end it gives access to a computer application, referred to hereinafter as FTD Application, by which users can share information about files stored in Usenet servers. In the FTD Application users post so-called spots, data regarding files which are considered interesting by users. A spot comprises the name under which the file in question can be found on Usenet.

4.3. The present preliminary proceedings concern the question whether by its behaviour FTD makes the work available to the public.

4.4. FTD argues that it does not make available, because the copyright files are not within its power at any time. The servers in which the files are stored are not controlled by it, nor does it have any influence on the downloading by users, so it argues. Be that as it may, provisionally judging it is not relevant whether the copyright files are actually in the power of FTD at any time. Instead it is important whether the behaviour of FTD allows users to download copyright files (in an easier manner) and that it thus makes such files in fact available to the public. This is the case, provisionally judging".

On the decision of Kitchin J the court had this to say:

"4.10. The Preliminary Relief Judge looks for adhesion with a recent decision of the English court. In a judgment with detailed reasons Mr Justice Kitchin finds that Newzbin, a company operating in a way which is similar on relevant points with the behaviour of FTD, infringes copyrights, despite the circumstance that on the site of Newzbin no copyright works have been posted. Just like FTD, Newzbin offers a platform for the exchange of data concerning inter alia the exact location of copyright works in Usenet servers. Thus Newzbin allows its users to download such works (in an easier way). Just like FTD in this provisional judgment, Newzbin was actively and substantially involved in the data posted by users, inter alia by categorizing such data and – at the request of users or not – removing unusable spots. Moreover the activities of Newzbin were aimed, in the view of the English court, at (enabling) large-scale copyright infringement".

You can read the judgment in translation here or, if you prefer it in the original, here. It's good to see how much more comfortable the judiciary in Europe is when looking at decisions of other national courts within the EU: there's no suggestion that a judge is bound by a decision made by a brother judge in another country, but there is at least the prospect of a sanity check, available to any judge who might otherwise feel he was heading in the wrong direction.
Posted by Jeremy at 10:06 am