Influence and the Copyright Tribunal 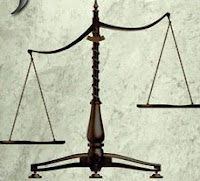 In a 14-page ruling in Meltwater Holding BV v The Newspaper Licensing Agency Ltd, CT114/09, 10 June 2010, which you can read in full here, the UK's Copyright Tribunal has confirmed that leading barrister Henry Carr QC -- one of the Tribunal's two deputy chairmen -- can represent a client in proceedings before the three-person Tribunal (the chairman is a lawyer; the other members are laymen). The proceedings in question are part of the big battle between contentious news monitoring service Meltwater Holding BV, which is among other things seeking improved terms for a new web database licence offered by the National Licensing Agency Ltd (NLA).
Obviously, if he was representing Meltwater, Carr wouldn't be able to chair the Tribunal at the same time. Accordingly the hearing of Meltwater's application was scheduled to take place before the other deputy chairman, Colin Birss QC. But might the Tribunal's lay members be likely to be affected by the authority of, and pay undue deference to, Henry Carr's submissions of law?
Presumably influenced by Tribunal chairman Judge Michael Fysh QC -- though, we imagine, not unduly so -- the Tribunal concluded that the NLA had not shown sufficiently that there was any real possibility of unconscious bias arising in the lay member's minds. Certainly there was not enough to lead to a real perception of possible bias to the fair-minded and informed observer. Crucial in this decision was the fact that Henry Carr had not actually sat together with the two lay members (Lucy Connors and Philip Eve) whose turn it was to sit with Colin Birss.
You can check out the full complement of Copyright Tribunal members here.
Posted by Jeremy at 5:54 am