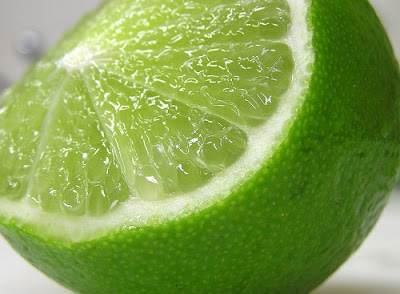 On 14 May we reported that US District Judge Kimba Wood had decided that the Lime Group, the company behind Limewire, was liable for the copyright infringements committed by Limewire users. Two weeks later the Lime Group asked the court to reconsider this judgment. This request was followed by one from the RIAA, asking the court to shut down Limewire by granting a permanent injunction with the RIAA arguing that Limewire’s operation has to be stopped immediately, to avoid it doing any more harm to the music industry saying “It is patently obvious that the rampant illegal conduct that Lime Wire intentionally induced, and for which it has been adjudged liable, will continue uninterrupted day after day unless and until the Court issues an injunction to rein in this massive infringing operation” with the RIAA’s lawyers saying “Every day that Lime Wire’s conduct continues unabated guarantees harm to Plaintiffs that money damages cannot and will not compensate” adding for good measure “The scope of the infringements that Lime Wire induced...boggles the mind."

Bloggers in the USA have pondered the quantum of damages facing Lime Group and Limewire founder Mark Gorton, with one estimating damages at $1.5 trillion (see link below) The RIAA itself said “In every case in which a perpetrator of massive online infringement has been held liable on summary judgment, the courts have promptly issued an injunction to try to stop the continued harm to the plaintiffs. It does not require sophisticated mathematics to calculate that the likely damage award in this case will run into the hundreds of millions, if not the billions of dollars”. The RIAA has also argued that following the Supreme Court’s decision in MGM v Grokster, Gorton moved his own assets into ‘family partnerships’ to shield them from any judgment. Despite the fact that many bloggers and some academic papers argue that careful scrutiny of relationship between illegal downloads and lost sales to the music industry shows no direct correlation, The RIAA are relying on US statutory damages which can indeed lead to massive awards when thousands and thousands of illegal acts of infringement are involved.

In another twist to this story, Limewire has told Computerworld that it hopes it can “amicably settle” its dispute with the record industry. Pointing out that Lime Group have been developing legitimate digital services, a spokesperson told Computerworld that the company was "actively engaged" in working with the music industry to settle the labels' legal claims, and to then "move forward with a new way of working together that benefits all parties involved" adding "LimeWire absolutely does not encourage or condone the illegal copying or sharing of copyrighted material", pointing out that LimeWire had added an option to its P2P platform that could filter out unlicensed files. It has to be said that Judge Kimba Wood was earlier unimpressed by the filter – not least because it had to be activated by the user, and was disabled by default
.
The words ‘pigs’, ‘might’ and ‘fly’ spring to mind about any potential settlement but the fact remains that closing Limewire itself might have very little impact on global digital piracy and perhaps the RIAA might (just might) consider a deal, however unpalatable, to show that it is trying to promote legitimate business models for users to easily buy music.

The RIAA and representatives of Lime Wire will appear before the court on Monday. A Lime Wire spokeswoman to US reporters "We are looking forward to an opportunity to address the Court for the first time in two years and show that as a matter of fact and law there is no support for this motion."