If there is no net neutrality, is there now a new net liability? 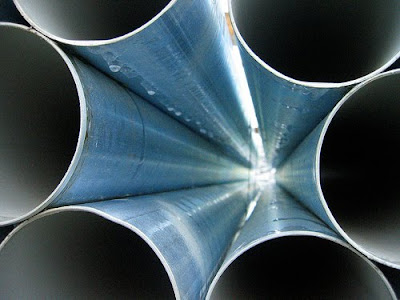 One of the recent gripes from the music industry is that as the internet has developed, internet service providers (ISPs), link sites and search engines have profited hugely from the illegal and infringing activities of their users, with ‘free’ music massively driving up site visits and traffic on the net. The games, TV and film industries see themselves next in line as broadband rolls out across the globe. The content owners also blame the ISPs, links sites and search engines of doing little or nothing to halt this huge flow of data, sometimes criticising ‘safe habour’ provisions in legislation (eg in the USA and European Community) for giving ISPs near blanket protection as ‘dumb pipes’ whose role is simply to facilitate the delivery of data. It hasn’t all gone the way of the ISPs, links sites and search engines and MGM v Grokster was a wake up call, although most link sites still feel safe behind the protection of the detail of the US Supreme Court’s judgment and ‘fair use’ cases such as Google v Perfect 10. This is of course which is why record labels and other content owners have so readily embraced the so called ‘three strikes’ laws in Taiwan, France, New Zealand, South Korea and the UK, not least as it puts at least a limited obligation on ISPs to police their customers traffic and take relevant action over repeat infringers.

News of the new commercial tie up between Google and ISP Verizon made me think again. In the new deal, Verizon appear to be agreeing to prioritise Google’s internet traffic – removing so called “Net Neutrality” where all data is considered equal, and allowing Google’s information to move faster and more efficiently around the globe. But surely if an ISP can prioritise information in this way, they move from being a dumb pipe to a very smart pipe indeed – and surely this must lead to the conclusion that if they can ‘prioritise’ traffic (if paid) they could also do the reverse – and easily block infringing material. Of course asking an ISP to block or filter material brings up a host of question relating to human rights, censorship and privacy BUT – it does at least give the content owners some new ammunition in the fight to monetise their copyrights – and might take away one of the main props used by ISPs to excuse themselves from engaging in policing the web.

I don't think this follows, does it? It's easy to prioritise Google's traffic, as a) it's easy to prioritise traffic, and b) Google's traffic can easily be identified as coming from them. However, blocking "infringing material" is a very different proposition - blocking traffic isn't difficult, but how do you identify which traffic is "infringing"?

You mean the deal both sides have denied and called the NYT story false?

Yeah, your inference is wrong. Identifying 'infringing' content in general is impossible.

If you made a law to do it, everyone transferring such material would use end-to-end encryption, such as SSL, and I can mathematically prove you can't identify *that* without more cpu cycles than it's worth.

Ultimately the property of "infringement" is not a property of the material itself (which is the same, no matter whether transmitted by the rights holder or someone else) it is a property of some legal system somewhere.

This from DMW Media

Noting that "the current legal and regulatory regime is not working for America's creators," thirteen trade groups representing many factions of the music industry have sent an open letter to Google CEO Eric Schmidt, seeking more information about the company's recent joint proposal with Verizon regarding an open Internet.

"The music community we represent believes it is vital that any Internet policy initiative permit and encourage ISPs and other intermediaries to take measures to deter unlawful activity such as copyright infringement and child pornography," reads the letter from groups including the Recording Industry Association of America (RIAA); performing rights organizations BMI, ASCAP and SESAC; the National Music Publishers Association (NMPA); American Association of Independent Music (A2IM); and industry guild the American Federation of Television and Radio Artists (AFTRA).

"We are deeply interested in the details of your proposal as they may relate to the protection of content and to making sure that the distinction between lawful and unlawful activity has operational meaning," the letter continues.