The record labels vs the broadcasters - what’s phones got 2 do with it? 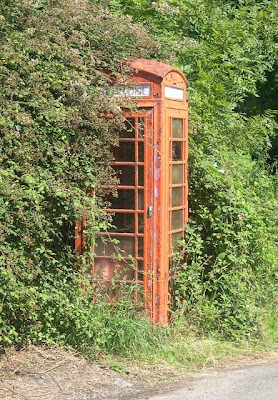 Here's a novel way to resolve a dispute between two parties. Ask the government to put an obligation on a third party to cure all your ills. The long-running dispute between US radio broadcasters and the recording industry over the royalties broadcasters should have to pay to use recorded music has taken an unexpected turn with a proposed settlement where a suggested new federal mandate would require all new mobile phones to come with a built-in FM radio chip. The National Association of Broadcasters (NAB) has long been fighting any proposals that would require radio stations to pay royalties to record labels and performers for the right to play their sound recordings on the air. The US (unusually) has no current legal requirement for a royalty for the use of recordings for FM stations - although now in the US internet, cable and satellite radio services and stations do have to pay an equivalent of the UK’s PPL royalty: Broadcasters have long argued that airplay provides free promotion and drives music purchases and concert ticket sales.

The new idea is to push forward a proposed settlement that would establish a tiered system of royalty payments that would bring in a total of roughly $100 million for the music industry. Commercial radio stations with more than $1.25 million in annual revenue would pay royalties totalling 1 percent of revenue. The smallest commercial and not for profit stations would pay either 1 percent of revenue or $100 annually, whichever is less.

The prospect that the US government could dictate key design decisions for mobiles has alarmed electronics manufacturers as well as consumer groups, not least as many say they don’t actually want or need FM on their phones, that it is an outdated and redundant idea and that practical problems such as a second antenna, reduced battery life, additional weight and more bulk would be unattractive to consumers. Gary Shapiro, Presient of the Consumer Electronics Association said “Consumers clearly aren’t interested in (ad laden) FM radio on their mobile phones and other consumer gadgets - especially with the availability of Pandora, Slacker and other similar smartphone music apps that are now widely popular" adding the “backroom scheme” from the broadcasters and the labels to have Congress mandate broadcast radios in portable devices, including mobile phones, “is the height of absurdity” adding “Rather than adapt to the digital marketplace, NAB and RIAA act like buggy-whip industries that refuse to innovate and seek to impose penalties on those that do.”

Both the House of Representatives and the Senate Judiciary Committees have passed bills that would give recording labels and artists a share of advertising revenue that the FM radio stations generate by playing their recordings, but neither of those contained a FM chip mandate. As both bills have stalled due to fierce broadcaster resistance, legislators asked the NAB and MusicFirst (for the labels and for recording artists) to try to negotiate a compromise. Hence the new mobile idea.

It seems that the parties are nowhere near concluding the deal despite optimism from the record labels with Recording Industry Association of America boss Mitch Bainwol saying that whilst “Nothing is locked down just yet" the parties were on "the precipice of an historic breakthrough”. Hmmmmmmmmm!

http://www.myce.com/news/riaa-broadcasters-want-fm-radio-mandatory-on-smartphones-33362/
Posted by Ben at 12:30 pm

US record labels and terrestrial radio have been battling for years now about royalty payments. When satellite radio struck a deal with the record industry a few years ago to pay royalties to the owners of master recordings in addition to the performance royalties paid to music publishers, the clock started ticking.