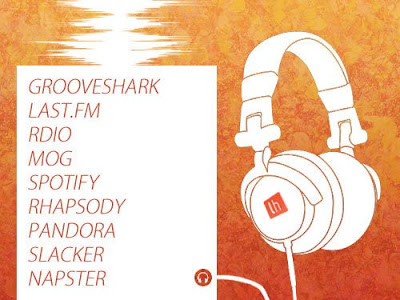 I have always been suspicious that the only reason that songwriter and music publisher collection societies the Performing Right Society (PRS) and the Mechanical Copyright Collection Society (MCPS) in the UK ever evolved into 'PRS for Music' was because that at that time no-one quite knew what a stream or a download was in law and that the merger only way they could sensibly (and legitimately) explain their right(s) to collect royalties from the use of their member’s songs on the internet. There was (and still is) much debate about what constitutes a 'stream' and what constitutes a 'download' and whether these form a public performance (whether a broadcast or a 'communication to the public') or more like the sale of a copy of a copyrighted work - a 'per unit' sale. There again, some ask whether they both? Or are they the same thing? Or is copyright law so hopelessly out of tune with the modern world that none of these definitions are actually applicable? Well now a US Federal appeals court has had a go at casting some much needed light on these issues and indeed on how the US collection society should be levying royalties for the use of (here) collection society ASCAP (songwriter and music publisher) members' works.

Looking at royalty rates first, The US Second Circuit Court of Appeals has overturned a District Court's decision that applied collection society ASCAP's streaming music royalty to Yahoo and RealNetworks’s activities and ordered a lower court to re-examine its findings. The Court of Appeals said that "in setting the royalty rate, the District Court must follow an approach more tailored to the varying nature and scope of Yahoo's music use" saying that "The district court did not adequately support the reasonableness of the 2.5% royalty rate applied to the value of the Internet companies' music use". The lower court was also ordered to "conduct a more complete analysis of the various uses of ASCAP's musical works by RealNetworks."

Judge John M. Walker, Chief Judge Dennis Jacobs and Judge Debra Ann Livingston said that the lower ("Rate") court’s establishment of benchmarks using the rates cable companies and broadcast stations pay for licensing music was inappropriate because the nature and scope of the online companies’ use of music differed significantly. The judges sided with Yahoo! and criticised the Rate court for relying on inconsistent sets of data sources when coming up with its music licensing formulae and said that the rate court’s attempt to come up with a simple 2.5% across-the-board license for the two online services was imprecise -and did not take into account the different kinds of services that both Yahoo! and RealNetworks offer. The three-judge panel also found that the Rate court did not give enough of a rationale for basing its licensing fee formula on the amount of time a piece of music is streamed, rather than on page views, which is the primary driver of advertising revenue. The appellate court also found that Yahoo can’t be compared to television stations because its business isn’t as reliant on music as the television industry with Judge Walker, giving the opinion of the Court, saying "Nearly every program on a television station somehow utilizes musical works,” adding “In contrast, only a fraction of the traffic on Yahoo!’s web site uses music — much of Yahoo!’s web site does not implicate any music whatsoever. Given that Yahoo!’s revenue base relies far less on ASCAP content than the television networks’ revenue base, we believe that comparing percentages of overall revenue bases is of little probative value in this benchmark analysis.” The judge also pointed to Yahoo!’s more specific licensing terms with BMI in the USA for the different kinds of uses of music as an example of how licensing agreements can be more reflective of the nature of the use of the music and noted that ASCAP’s own agreements with Turner Broadcasting for its various cable stations also accommodate different kinds of licenses depending on how each station uses music.

The appellate court did agree with the lower court on one separate, but key issue that ASCAP had appealed. The Court rejected the notion that a music download constitutes a "public performance" of a song. The Court held that downloads do not constitute a public performance of a work as defined under current US copyright law. The court said "In answering the question of whether a download is a public performance, we turn to Section 101 of the Copyright Act, which states that '[t]o ‘perform’ a work means to recite, render, play, dance, or act it, either directly or by means of any device or process'," ruling that "A download plainly is neither a 'dance' nor an 'act'. Thus, we must determine whether a download of a musical work falls within the meaning of the terms 'recite,' 'render,' or 'play'." Judge Walker then went on to say that the court would look at he ordinary sense of the words 'recite,' 'render,' and 'play' which refer to actions that can be perceived contemporaneously saying "Itzakh Perlman gives a 'recital' of Beethoven’s Violin Concerto in D Major when he performs it aloud before an audience .... Jimmy Hendrix memorably (or not, depending on one’s sensibility) offered a 'rendition' of the Star-Spangled Banner at Woodstock when he performed it aloud in 1969. Yo-Yo Ma 'plays' the Cello Suite No. 1 when he draws the bow across his cello strings to audibly reproduce the notes that Bach inscribed. Music is neither recited, rendered, nor played when a recording (electronic or otherwise) is simply delivered to a potential listener."

The court held that "The downloads at issue in this appeal are not musical performances that are contemporaneously perceived by the listener .... They are simply transfers of electronic files containing digital copies from an on-line server to a local hard drive. The downloaded songs are not performed in any perceptible manner during the transfers; the user must take some further action to play the songs after they are downloaded."The ruling also made a clear distinction with the streaming of files which, like broadcasts, had to be licensed for their performance saying "[Yahoo! and Real's] stream transmissions, which all parties agree constitute public performances, illustrate why a download is not a public performance. A stream is an electronic transmission that renders the musical work audible as it is received by the client-computer’s temporary memory. This transmission, like a television or radio broadcast, is a performance because there is a playing of the song that is perceived simultaneously with the transmission".

The Court sent the case back to the lower court to reconsider the method of calculating the licence fees due to ASCAP.