Read all about it - new book is a real Page turner! 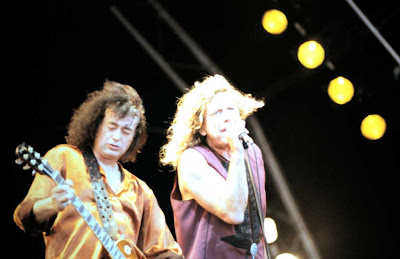 Robbie Williams co-manager Tim Clark has told the Popkomm conference that the U.K.’s recently passed Digital Economy Act – aimed at curbing Internet piracy – was “laughable and unworkable" saying that "It allows ISPs to sit on their hands for longer, knowing they are off the hook,” claiming one major label CEO agrees with him that the Act is "a waste of time” and “is never going to work.” Clark said that “the truth is digital technology has driven a panzer division through copyright law” (an interesting choice of words given the location of the Berlin based event) adding “If 70% of the population are ignoring a law, it’s no longer a law – we have to figure out a new way of working with copyright.”

Trent Reznor, Nine Inch Nails front man, has been at the forefront of creating new music business models for copyright which combine new media and traditional business models – offering free internet downloads of albums alongside premium internet products, limited edition CD and vinyl box sets, special merchandise and other paid for product – in an eclectic mix of free and paid for. Now Jimmy Page, the legendary guitar hero from Led Zeppelin, recently voted the best ever rock band in a BBC Poll, has announced that he will be releasing a limited edition signed photo-memoir priced at £445 bound in silk and leather. The Book was trailed in the Sunday Times Magazine two weekends ago with new and unseen images, and now 2,500 fans can get their hands on the unique book which will contain more than 700 Page picked photographs, starting with the guitarist as a 12 year old choirboy. If the band’s recent massively oversubscribed and sold out 02 reunion is anything to go by, selling 2,500 copies won’t be a problem for Page – whatever the price. Page was described by Rolling Stone magazine as “probably the most digitally sampled artist in pop after James Brown” but he and his publisher Genesis Publishers seem to have hit on a neat revenue generating idea here – free from the worries of digital copyright infringement – and which will net them a cool million – well actually £1,112,500.00.