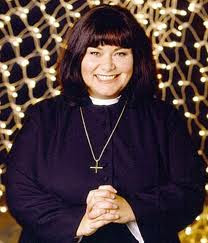 A number of Internet Service providers seem to have had some success in persuading Chief Master Winegarten that threatening letters being sent by lawyers Gallant MacMillan, on behalf of their client, the iconic London nighclub and record label Ministry of Sound, may be targeting innocent end users who have never infringed any of Ministry of Sound's copyrights.

Whilst the Chief Master professed some ignorance when it came to the technicalities of illegal downloading and peer-2-peer file swapping, The ISPS, which include PlusNet, 02, BT and Sky Broadband, argued that from all of the thousands of letters sent, not one end user had ever been sued. The Chief Master refused the Ministry of Sound’s request for more personal details of UK broadband ISP customers, stressing that the public's concerns must be addressed before the matter could proceed. The hearing has been adjourned until 4th October 2010.

For more on this story please go to
http://www.ispreview.co.uk/story/2010/09/23/uk-isp-plusnet-illegal-file-sharing-judge-predicts-end-of-settlement-letters.html
Posted by Ben at 5:51 pm