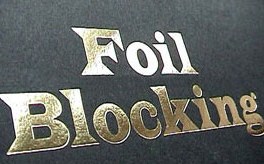 
"Belgacom SA's Internet-service provider Scarlet can't be forced by a national court to block users from illegally sharing music and video files, an adviser to the European Union s highest tribunal said.  EU law precludes a national court from making an order, on the basis of the Belgian statutory provision, that requires an Internet-service provider to install a system for filtering communications, Advocate General Pedro Cruz Villalon of the EU Court of Justice said in a non-binding opinion today. The Luxembourg-based EU tribunal follows such advice in most cases.

A Belgian court last year sought the EU top tribunal's guidance on whether forcing an ISP to stop illegal file sharing on its network is in line with the 27-nation bloc's rules.

Belgian music-copyright group Sabam started the legal fight over the use of so-called peer-to-peer software for file sharing.

Belgacom, the largest telephone company in Belgium, won antitrust approval to acquire Scarlet in 2008. Scarlet is appealing a June 2007 Belgian court order to make it impossible for users to breach copyright laws, saying it would entail breaching customers'  privacy rights.

Sabam said once the court has ruled on the case it would be analyzed very carefully in all EU nations because it would impact other pending cases. The group, which represents authors and musicians, said ISPs aren't properly compensating artists while using their work to promote subscriptions. ...

In a case involving Telefonica SA's Internet unit, the EU court in 2008 ruled that ISPs may not have to reveal the identities of customers accused of illegal file sharing. The Belgian court said that ruling was not sufficient to settle Scarlet s appeal.

The court adviser today said an obligation for ISPs to install such a filtering system entirely at their own expense and for an unlimited period is a restriction of the freedom of information under the Charter of Fundamental Rights that may be possible if it is in line with national law".

Thanks, Stephanie. We all look forward to finding out how the court will rule -- and some of us look forward to being able to read the Opinion too, without having to resort to online translations.
Posted by Jeremy at 5:45 pm

Is there an english translation of the AG's opinion yet