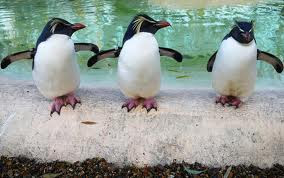 The New Zealand government's new 'three strikes' anti-piracy proposals, which have finally moved into law and are due to come into effect in September (2011) have prompted a fresh wave of protests and the threat of cyber attacks on the Government’s websites.

The Copyright (Infringing File Sharing) Amendment Bill has caused immense controversy in New Zealand, particularly in the blogsphere, with many online commentators calling the bill ‘draconian’ and questioning why the bill was rushed through the New Zealand Parliament reportedly using emergency procedures invoked to help victims of the Christchurch earthquake for cover. In particular Section 92A which initially placed the onus on ISPs to disconnect repeat infringers met with fierce opposition when it was mooted two years ago and whilst it has been amended as it currently stands it does provide for a ‘three strikes’ system which ultimately allows for the disconnection of internet users for repeat infringements. However, whilst the ability of copyright owners to apply to have repeat offenders disconnected remains in the legislation, it will not come into effect unless after two years it is shown that other less severe sanctions are ineffective.” However what does remain is the requirement for ISPs to send warning letters to those suspected of infringement and the threat of disconnection for up to six months.

When the laws were passed, numerous NZ websites blacked out their home pages and in protest but now things look a tad more serious - internet activist group Anonymous is threatening to shut down the New Zealand Parliament’s website as a protest against the new copyright law. Anonymous previously threatened to take down internal affairs website and, in March, that site was indeed down for a few days. NZ Parliamentary Services says it is taking this new threat seriously and is now working to try to pre-empt any attack.

New Zealand joins France, South Korea, The UK and Taiwan who have all implemented various configirations of 'graduated response' or three strikes legislation to fight online piracy. France's law HADOPI allows for a graduated response to online infringement. rhe state funded scheme (under which ISPs must provide data) allows for fines and internet suspension for repeat infringers up to one year. Injunctive relief is available to those who could contribute to prevent / terminate infringement. Taiwan has a simlar scheme with judicial proceedings available to rights holders to take action against those who post or host infringing material alongside a "notice and takedown" procedure to have infringing material removed. This is coupled with a three strikes system against internet users who ignore warnings and download material illegally more than twice. A January 23rd poll in France indicated that 49% of French Internet users continue to illegally download music and videos.