Term extension back on the agenda 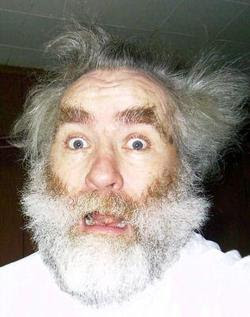 Andrew Gower's 2006 Report on IP was seemingly unconvinced by the arguments put forward by the record labels but the last (Labour) Government seemed to support term extension, mainly based on pleas to protect the pensions of 'aging session musicians' - and Cliff Richard. The matter moved to Europe with mixed results and whilst both the European Commission and European Parliament backed an extension, in 2009 the Council Of Ministers failed to finalise arrangements with some states notably Denmark blocking term extension beyond 50 years.

I must say that this passed me by, but with the benefit of hindsight it seems that under Hungary’s presidency of the EU, the debate on Europe wide term extension was reignited and pro-extension lobbyists say they are now confident that the Council will agree to extension and this it will pass into domestic copyright law across the EU.

There have been a number of comments on any potential extension – and some of the most interesting came from the Music Managers Forum who wanted term extension to actually benefit musicians (rather than record labels) and suggested a number of very pithy proposals, some of which must have horrified the major record labels who usually get the lions share of profits from the sale of back catalogue and, with unrecouped artistes, get one hundred percent of all income - even at 50 years. The MMF suggestions included a ‘use it or lose it’ framework to return unused copyrights to recording artistes, statutory guarantees of royalty revenues, a fiduciary duty placed on labels to account for (equitable) royalties, a potential veto rights over how music is used, or, even, complete control for the artist after a period of time with a reversion of all rights to the original creators (the recording artistes) after 50 years – or even after 25 years.

http://www.independent.co.uk/arts-entertainment/music/news/cliffs-law-gives-ageing-rockers-a-pension-after-copyright-ruling-2351636.html
Posted by Ben at 5:48 pm

"Noting ... the difference with the term enjoyed by music publishers and songwriters - the copyright term in the melody and lyrics of a song is life of author plus 70 years."
I wonder if anyone suggested bringing the term for song writers down to 50 years as a way of correcting this difference?
It's OK, I'm kidding.