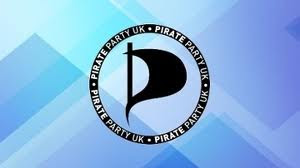 The Pirate Party has secured 8.5% of the vote in elections for Berlin's state parliament, easily exceeding the 5% threshold needed to gain seats and it is thought to be line to have fifteen new representatives in power. It came fifth of all parties and the Pirates secured around 15% of the vote in the under 30 age group. It’s the most high-profile success for a Pirate Party since 2009, when the Swedish Pirate Party won a seat in the European Parliament following the original trial of the four Pirate Bay founders. Founded in 2006, the Pirate Party originally campaigned on file-sharing and data protection on the Internet, but has since branched out to tackle education and citizen rights. For the Berlin election, the party also called for free public transport and votes for over-14s, while campaigning against secretive privatisation deals.

“At the moment the Pirate Party of Germany does not have any paid employees,” Sebastian Nerz, chairman of the German Pirate Party, told TorrentFreak. “Everyone working for the party – including myself – is working in an honorary capacity" adding “In contrast, Members of Parliament are paid for their work. In addition they receive state money to pay for assistants and co-workers. This will enable those Pirates to work full-time for the party, thus giving us much more work force”. German polling analyst Holger Liljeberg commented that the Pirate Party was “in tune with the Berlin vibe with their relaxed campaign – they focus a lot on liberalism, freedom and self-determination.” He might be right, the UK Pirate Party only managed to attract 1,340 votes across nine seats, or 0.34 percent of the vote, in the last United Kingdom elections two years ago.

The centre-left Social Democrats with 29.5% of the vote and led by popular Berlin Mayor Klaus Wowereit will now form a coalition administration with one of the smaller parties. "Shipmates ahoy" ......... ???

http://www.guardian.co.uk/world/2011/sep/18/pirate-party-germany-berlin-election
Posted by Ben at 7:45 pm

the UK Pirate Party only managed to attract 1,340 votes across nine seats, or 0.34 percent of the vote

Bear in mind that that was a FPTP election, and PPUK had only been going for less than a year. Next May Edinburgh and London both vote in PR elections, where the Pirates have more chance than under FPTP.