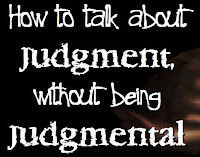 The Guardian published "The Courts: judgment day" on 25 September. It touches on one of this blogger's favourite topics -- the accessibility of court rulings.  Since England and Wales is a common law jurisdiction in which the decisions of higher courts bind lower ones and even courts of equal standing will not depart from the reasoning of an earlier court without giving at least the semblance of a rational explanation, access to judicial decisions is more than a pleasant pastime for legal dilettantes and an urgent necessity for law students: it's part of the manner in which the legal system works.  Bearing this in mind,


"When the broadcasters finally begin to show English and Welsh judges delivering sentences in court, anyone will be able to watch the spectacle on TV or online. But if they turn to Google to look for a transcript of, say, a court of appeal judgment, the chances are that they will be unable to find it.

This remarkable situation – which, given the importance of case law in this country, is all the more extraordinary – has arisen because of the Ministry of Justice's decision to release significant judgments through a long-standing contract with a site called Bailii (the British and Irish Legal Information Institute). The legal establishment holds Bailii in justified admiration. The site has done a wonderful job of making case law freely accessible to lawyers: books about law are notoriously expensive. It includes historic and European data that is otherwise very difficult to find. But Bailii is a charity [as to who pays, or should pay, for Bailii, see jiplp here], it struggles to afford to host its 297,000 judgments, and does not allow search engines to index them. In some instances it is not even clear whether the crown or the judge concerned holds the copyright to the words, and reproducing them on any other site is forbidden.

The argument for opening up judgments to real public view and scrutiny is an overwhelmingly strong one. The UK supreme court has set an excellent precedent by releasing all of its judgments in a searchable format (and, just as importantly, summarising them succinctly)....

Now a group of digital activists called Judgmental is promising to publish judgments in a searchable format. It is very important – especially in the light of the Cabinet Office's consultation on Making Open Data Real – that its efforts will not be thwarted by threats to sue for breach of copyright. It would certainly be an irony if the MoJ's drive to see justice publicly done were matched by a parallel determination to keep case law texts as inaccessible as possible. "To be able to obey the law, you have to be able to find out what it is," say Judgmental's founders. "And it would useful to be able to find that out online."

... Lawyers and judges are trained to understand and to interpret the law. But in the digital age, no one should be denied the ability to find and read it in an accessible and searchable format.
The argument for opening up judgments to real public view and scrutiny is an overwhelmingly strong one".

BAILII's Copyright Policy can be found in full here.  From the reference to "META tags" it looks as though it may have been established quite a long time ago, when we were all still suspicious of search engines, spiders and robots and when there were still serious doubts as to the legal, commercial and ethical dimensions to their use.  This blogger holds BAILII in awe and in esteem, but wonders whether the time has come for BAILII either to take a fresh look at its copyright policy or to explain more clearly the reasons that lurk behind it and which may justify its retention in an era in which the use of search engines is pretty well standard in every walk of life.    He also doubts whether in reality (i) BAILII would ever have the inclination and the funds to pursue an action for copyright infringement against any search engine, (ii) the courts would grant injunctive relief, taking into account the public interest in greater access to primary legal sources and (iii) the interesting issue of damages in the absence of any convenient head of commercial loss.  It would be good if BAILII and Judgmental could work together for the common good which they both so palpable have at heart.
Posted by Jeremy at 9:26 am

This is something I have been making noises about (inside the department and out) for quite a few years. There are numerous defects with Bailii's service. I don't blame anyone within Bailii for that - search engines are hard to write, hosting material costs money and Bailii do a lot of other things (I am told) to prepare judgments for publication.

But the court service refuses to make this material available to anyone else without charge. That, I am afraid, is the problem. It means that its difficult for anyone else to do a better job (since I've given judgmental some legal advice I can't comment on their effort at all) or to create value added services.

What we have learned from open data is that the best way to get the best use out of data is to open it up to lots of people to do useful things with it.

For example: an RSS feed of all decisions that match a particular set of search criteria (to catch all those copyright cases, say) would be great, but at present impossible to do on top of Bailii's service (they don't generate full feeds and block robots) or in any other, free, way, even though it would be relatively easy to do and of obvious use.

Bailii's restrictions may - and this is untested, but its a real risk - create a criminal liability under section 1 of the Computer Misuses Act. To scrape bailii in defiance of their robots.txt file knowing that they disallow it looks like unauthorised access to me. What that means is that as well as being impolite to, taking Bailii's material via search engine or whatever might be criminal. Copyright is not (alas) the only problem.

I'll keep putting the pressure on to get court data opened up. It would be great if others did so as well. In particular the legal profession could do a better job.

As for Bailii: it would be great if they learned not to be afraid and opened up their site properly. One fear expressed by them is that direct access to judgments not via their main page would lead to a lower visibility and a loss of funds. I think the reverse is true and certainly they'd win my gratitude and support if they did.

However, I have also been told (amongst many and inconsistent things) that there may be a number of restrictions placed on Bailii by the court service.

What this all may boil down to is a cultural problem in the court service that does not understand or does not welcome open data. They are beyond the reach of the FOIA for most purposes and have not had to really engage with the new era of openness we are supposed to be enjoying.

I suspect the real solution to this is for senior judiciary together with senior civil servants in the department to get a grip and take a big stick to the service's intransigence.

Other states do this better. Other court organisations do it better. Both the supreme court and the tribunal service somehow manage to publish their judgments to the web (the supreme court publishes its docket meta data as well). What, one wonders, is magically different about the courts?