Copyright vs Competition law - a new dawn in European broadcasting?? 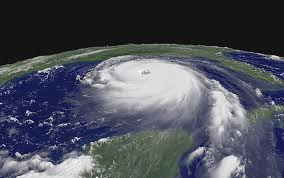 I early 2007 I spotted what I thought was a very interesting case called MPS v Murphy and blogged about this in March on my Music Law Updates website. The case was (and still is) of great interest to UK publicans and I even got “flamed” in a pub trade weekly magazine’s chat room for daring to suggest anything but the prevailing view, which was that in the UK only Sky TV had the right to show live English Premiership football. I pointed out that whilst that may well be correct as far as copyright and licensing goes, it may not be so right when looking at the general concept of the ‘free movement’ of goods and services within the European Union.

The case concerns South Coast publican Karen Murphy who referred to pay £750 each year for a Nova decoder to get Greek satellite programmes that included live English Premiership football, rather than the reported minimum £4,000 Sky would have charged for live football. She was convicted under s297(1) of the Copyright Designs & Patents Act 1988 for dishonestly receiving a programme with intent to avoid payment. Murphy appealed her conviction to the Portsmouth Crown Court where the conviction was upheld and then onwards to the Divisional Court, who referred the whole matter to the ECJ.

The economics of this are important: BSkyB and Setanta Sports were then reportedly paying £1.7 billion to hold the exclusive rights to screen live matches to the English Premiership in Britain for the next three years. Broadcasters in 208 other countries had recently doubled their payments to secure English premiership rights to a combined £625 million - and of course Sky recoups their investment by charging both consumers for home use and pubs and clubs a fee to publicly show Sky TV in a place of business. Back in 2007 it was said that a public house would often pay upwards of £1,000 per month for Sky Television and whilst this includes Sky Sports and Sky Sports News it would not include all live premiership matches. An additional payment is needed for the full service.]

Now the European Court of Justice is set to rule on the 4th October 2011 in the case of Murphy and the joined case of FA Premier League and Others v QC Leisure following a ‘pro-Murphy’ opinion from Advocate General Juliane Kokott in February this year. In reconciling intellectual property rights with the free movement of services, the judgment has the potential to transform broadcasting in the EU.

Football, Broadcasting and the Internal Market: Is a common audio-visual space in sight?

Is there a suggestion that if the case were to fall in favour of Ms Murphy, then anyone could import a satellite viewing card and decoder from within europe and therefore avoid having to pay for Sky Tv in the UK?

That would seem to be one possible position if the court rule in Ms Murphy's favour - and support the 'free movement' of goods and services within the European Community. The specific facts of this case relate to a business (a public house) rather than consmers but the related case (FAPL v QC Leisure, also being heard) relates to the alleged sale of decoders.

One solution for the Premier League might be to stop selling the rights to live coverage of its matches to anyone but Sky in Europe ..... and its hard to see how that promotes competition.