How do you solve a problem like Orphan Works? 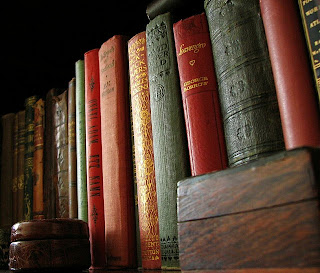 Yesterday evening, a milestone in the ongoing discussions about copyright and (more importantly) orphan works was reached. A Memorandum of Understanding (PDF) to approve the digitisation and making available of out-of-print books and journals was signed by representatives of European rights holder societies, creators, authors and libraries. It has taken nearly a year, but all stakeholders in the process were finally able to agree on three main principles whichwould allow cultural organisations to make a greater portion of their collections available online:

However, whilst an agreement of this kind is clearly satisfactory to rights holders, it remains to be seen whether libraries and other cultural institutions will truly benefit. The optimism of Olav Stokkmo (CEO of the International Federation of Reproduction Rights Organisations) that this MoU will solve the problem of orphan works is misplaced; large numbers of orphan works that reside in libraries and archives were never 'in commerce' (they are often unpublished, such as letters, diaries and manuscripts) and as such one wonders whether the scope of the MoU would extend to them. In addition, the issue of orphan works covers all types of work; the MoU deals only with text-based works where rights clearances are easier because there is traditionally one author and one publisher, whereas for audiovisual works there are often many independent rights holders to trace.

EU Member States are not required to implement the terms of the MoU,as it has little or no legislative weight. There remains an expectation that legislation from the EU on orphan works is imminent,with the issue currently being discussed at length in the UK as aresult of the Hargreaves' Review of Intellectual Property.

I certainly hope not. The basis of the MOU is that rights holders will only be included in the digitisation programme if they agree to it (or at least do not opt out of any collective arrangement). By definition, the authors or rights holders of orphan works cannot do this, and so it would be an abuse to use this MOU as a backdoor method of solving that problem. As you say, we should await the EU proposals on the way ahead with orphan works.
Personally I cannot see what is the big deal with this MOU: it is just another form of licence, operating on a grand scale.