Easy Music Licensing: or will it be ...? 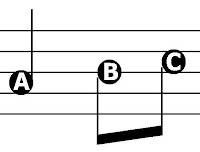 Last week the 1709 Blog briefly mentioned the draft EU Directive on Music Licensing and Collecting Societies. Phil Sherrell (Bird & Bird LLP) has subsequently circulated some thoughts on the draft Directive, which he is happy for us to share with our readers. Phil's comments on enforcement and the proposal's likely consequences appear below, with this blogger's comments in red:

A potentially significant development in respect of enforcement is the requirement that licensees (or potential licensees) be able to submit disputes with licensing bodies to a court. Such disputes are currently referred to a variety of bodies across different member states, some of which are unlikely to satisfy this requirement. The Directive and its recitals are currently silent as to what will constitute a court for these purposes, but in many member states this is likely to lead to a greater ability on the part of licensees to challenge the terms of licences offered by collecting societies [the UK's Copyright Tribunal has done a great deal to improve its performance in the past few years but it's still handicapped by the need to adjudicate on matters that require economic and financial as well as legal competence. Once the regime for the resolution of licence disputes becomes part of harmonised EU law, one imagines that a significant number of difficult disputes will be kicked into the long grass of Court of Justice references].

Consequences of the Directive

Some musical rights collecting societies have already taken significant steps towards facilitating pan-European licensing of online rights. If passed, the Directive should reinforce this trend, leading to greater availability of collective licences which meet the needs of pan-European music service providers. The larger societies are likely to take on greater responsibility for cross-border licensing, creating a more streamlined licensing market.

It remains very unlikely, however, that any society will be in a position in the future to offer a pan-European licence for the repertoire of all or even most of the EU collecting societies. The proposal expressly rules out the enforced creation of a one-stop shop of this kind on competition grounds [it's difficult to imagine that many collecting societies -- even small ones -- will be in a hurry to vote or negotiate themselves out of existence, especially those that provide the only effective voice for articulating their members' anxieties and making themselves heard at national level].

A side-effect of the increased regulation of all collecting societies is likely to be an increase in disputes between members and users of smaller collecting societies, many of whose procedures are likely to fall short of those required by the Directive [this should only be a short-term side-effect, as the publication of the results of the resolution of the first round of disputes is likely to give firm pointers as to what procedures, and what level of performance within them, is likely to be regarded as satisfactory or otherwise]".

For more information please contact: phil.sherrell@twobirds.om Patrick Charnley
Posted by Jeremy at 9:11 am