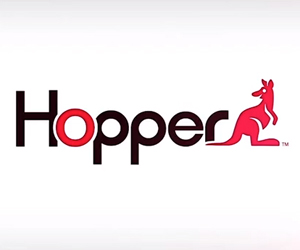 As you may remember, in May three major US broadcasters (Fox, CBS and NBC Universal) separately sued the satellite television operator Dish Network Corp for breach of copyright in the U.S. District Court in Los Angeles (reported here). The argument was about Hopper, Dish's set-top box which is capable of recording a full week of prime-time broadcasts automatically, of storing more than 100 hours of television shows and of playing them without adverts. The broadcasters claimed that Hopper infringed copyright in their television shows and undermined their broadcasts by encouraging viewers to watch fewer adverts.


Half an hour before these suits were filed in California, Dish pre-emptively filed for declaratory relief in New York, arguing that it had complied with its transmission licences and that there was no infringement of copyright.
So, the first battle to be fought was California v New York. Because of Hollywood, the Californian courts are traditionally more rightsholder friendly than the New York courts which tend to take a more business-minded approach. It is obvious therefore why the broadcasters wanted the case to proceed in the 9th circuit, despite the pre-emptive filing by Dish in New York.

The judge agreed that Dish's filing was motivated by a fear of imminent legal action and gave several reasons why Dish should not be able to benefit from being the first to file. A salient lesson that its not always a case of first come first serve.
Dish has issued the following statement:

“Regardless of the venue, we look forward to proceeding with this case, recognizing that it has been 28 years since the Supreme Court’s “Betamax” decision held that a viewer, in the privacy of their home, could record a television show to watch later. The Court ruled that ‘time-shifting’ constituted a fair use of copyrighted television programming. Those Betamax users could permissibly fast-forward through commercials on recorded shows – just as DVR users do today. DISH will stand behind consumers and their right to skip commercials, something they have been doing since the invention of the remote control.”