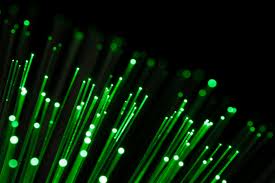 I have blogged before about how the notion of Internet Service Providers as ‘mere conduits’ or ‘dumb pipes’ is fast becoming an irrelevant concept as the digital age advances: If Google can ‘see’ what you are emailing or accessing online and target (contextual) advertising at you, it hardly can say it’s just a dumb pipe – in fact some see what it does it as a gross invasion of privacy and even ‘wiretapping’. Which is double frustrating when rights owners are faced with the ‘safe harbour’ argument - that there is nothing that ISPs and sites like Google and YouTube can do about infringing content until they receive a take down notice. And even then it’s hard work!  But all within the DCMA!


Now Verizon has filed a brief with the USA Court of Appeals for the District of Columbia  Circuit (Verizon v FCC) to enable the ISP to give Internet access and search results according to what it decided was a "priority" – in effect your ISP would intervene in your searches and "pick favourites" -  giving Verizon the"freedom" to edit your Internet. It's doing this by challenging the FCC saying "This appeal challenges the FCC’s second attempt to conjure role for itself with respect to regulation of the Internet—in particular, broadband Internet access.


For what Google is up to see here


And more on Verizon here

Point of information: google and youtube are not "mere conduit"s. As you know (but some readers may not) "mere conduit" is the term used in article 12 of the e-commerce directive for an intermediary who merely transmits, together with whatever transient storage may be needed, but no more, information which they do not select or control in any other way.

Google and youtube certainly do not fit that category. The most appropriate category for youtube would be "hosting" in article 14.

The OCILLA (or DMCA if you prefer) doesn't use that terminology, but it has 4 categories, 3 of which roughly correspond to the three EU categories of "mere conduit", "caching" and "hosting".

The US category corresponding to "mere conduit" is that in 17 USC 512(a) "transitory digital network communications" which is again not appropriate for youtube etc. For youtube you would be looking at 512(c).

The difference is important because the mere conduit will, ex hypothesi, store nothing for any substantial period of time. It makes no sense to have a take-down notice system in place for a mere conduit because they store nothing. A 512(c)/hosting provider will, on the other hand, have potentially infringing material persisting for a longer period and have more opportunity for considered analysis.

Now I don't think the Verizon filing has much bearing on the nature of a "mere conduit". There is nothing in 512(a) that prevents the mere conduit from discriminating - as all ISP's do - between different kinds of traffic or in other ways. The service provider does not select the material or initiate the transmission in so doing. Whether they could do so is of course irrelevant, all that is required is that they do not.

There's a complex debate about the extent to which an ISP might traffic shape and the Verizon filing looks to my uneducated English eye, to be part of a running battle with the FCC over network neutrality which ought, I think, to have no bearing on 17 USC at all, but I could well be wrong.