Three pints and you're out? Not quite ... 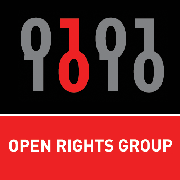 From Jim Killock (Executive Director, Open Rights Group) comes news of a pub meeting which is coming up very soon -- next Monday, in fact.  Whether you are in favour of "three strikes" or against it, and support the objectives of the Open Rights Group or oppose them, you should make an effort to attend if this subject is of interest to you.  The speaker, Francis Davey, has made many thoughtful contributions to the various ongoing copyright debates by virtue of the carefully expressed and courteously phrased comments which he has posted in response to the words of others on the blogosphere.

Details of who is attending the meeting can be found here.


SELECTED BY: ALEC MUFFETT
Rose and Crown
47 Colombo Street, Southwark, London, SE1 8DP, London (map)
SELECTED BY: ALEC MUFFETT
Francis Davey - probably ORG's favourite lawyer - on the Digital Economy Act's "Initial Obligations Code" and what amusement, anger and frustration we may draw from it.
Timing: 6:45pm for a 7pm start - approximately; we'll shoot for this but as this is a pub there may be a certain amount of round-fetching going on first...
We'll be *UPSTAIRS* - staircase is on the far right of the bar.