TV catch-up service UKNova has just announced that further to receiving a cease and desist letter from the Federation Against Copyright Theft (FACT), it will be taking down all links or access to television content.
UKNova sent the following message to its members:
"To the members of UKNova.
UKNova is being forced to change. We have been issued with a "cease and desist" order by FACT (The Federation Against Copyright Theft).
Despite our efforts to cooperate with the UK media companies, FACT have stated: "ALL links or access to content provided by UKNova are infringing, unless it can be proven that explicit permission from the copyright holder for that content has been obtained".
Whilst we believe that they are wrong both legally and morally on account of the strong 'no commercial content' stance that we have always taken, we are not in a position to be able to risk lengthy and costly court battles to prove this. Therefore we have no other option but to close down the trackers. It has not been an easy decision to take, but it is apparently our only option.
The forums will remain open for business as usual. Torrents and their associated pages will disappear over the next few hours.
Our heartfelt thanks go to all, past and present, who have worked tirelessly, often thanklessly, for the good of our community."
UKNova's site sets out some background to the principles on which the site, which was originally created in 2003 to enable people to share British television programmes, operates. UKNova says that its main aim is to "enable people to see programmes they would not otherwise be able to watch, perhaps because they live abroad or have missed something they wanted to watch when it was broadcast live."


UKNova does not store copies of any television shows on its servers and it does not "itself 'share' any copyrighted material with anyone else". The site allows people who wish to share programming to link up with one another, using the BitTorrent protocol. 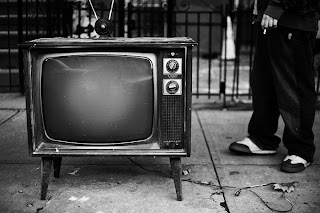 The concept seems at a first glance to closely resemble the ill-fated SurfTheChannel (STC) and TVShack websites. Each of these sites links to content owned by third parties, allowing users to find content that they want to watch more easily. Given the 4-year jail sentence imposed on Anton Vickerman for running STC (for conspiracy to defraud, rather than for copyright infringement) and the possible extradition faced by Richard O'Dwyer, owner of TVShack, it is clear why UKNova have opted to remove the allegedly infringing links rather than face court proceedings.


However a crucial difference between UKNova on the one , and STC and TVShack on the other, is the commercial focus of the sites. When suing Vickerman, FACT explicitly made a statement saying that "The site [STC] was not a passive linking or search site. Vickerman targeted pirated films including those not yet released at the cinema which he and his staff secretly and anonymously uploaded to third party sites before linking to them via STC. Members of the surfthechannel community were also encouraged to find, check and add links, ensuring that surfthechannel was always one of the most up to date databases of illegally copied material anywhere on the internet."


Both Vickerman and O'Dwyer made hundreds of thousands of pounds from their sites, however UKNova clearly states on its website that:


"It is one of the fundamental principles of UKNova that we do not wish to cause any harm to potential revenue streams for broadcasters and programme makers. For this reason, no television or radio programme that is available for purchase worldwide from retailers, on CD, DVD or video, is allowed to be shared on this website. Please do not ask for material to be uploaded here that is available to buy. Such material is not allowed.


UKNova is free to use. It is not possible to buy ratio bonuses or special privileges, or anything else like that. The site survives purely from voluntary donations and all donations go towards the costs of running the server. If you use the site and the service it provides, please try to contribute to the running costs by donating."


In support of this, you can see the extensive list of content that UKNova did not permit to be uploaded to its site here. Irrespective of this blacklist, UKNova linked to content owned by third parties without the right to do so. It enabled users to view that content without paying making rightsholders less likely to be able to monetise that content themselves.


According to TorrentFreak, in this case despite UKNova's ethical approach, a small percentage of a big UK satellite provider's content and the content of a football production company (apparently BSkyB and the Premier League) was available on UKNova. It was this that persuaded FACT to send the cease and desist letter.


The application of copyright law to the Internet is far from clear in respect of many issues, however the main source of misunderstanding from the public's point of view seems to be: if I'm not making money from sharing content I'm not doing anything wrong. The US case of Flava Works Inc. v Marques Rondale Runt recently held that it is not an infringement to embed a copyright-infringing video on another website. The correct approach is probably to make licensing of content easier so that people can pay for what they want to see. Generally people are willing to pay for shows they like but when it is so easy to view them for free they see no need to.
Posted by Unknown at 5:27 pm

"...the public's point of view seems to be: if I'm not making money from sharing content I'm not doing anything wrong"

This part of your analysis is spot on, but I disagree that this is a source of misunderstanding that the public are making. I believe the public are right, and it's the law that is wrong. The principle that non-commercial sharing of information is a good thing, and should be legal legal right ought to have been written into copyright law from the start. This has only become a big issue in recent years because it's only recently that you didn't need your own printing press, library building or VHS duplicator to spread knowledge to your friends.

It's time to listen to the public, and make copyright law obey the basic principle of freedom of expression in article 10 of the European Declaration of Human Rights by giving the public the right "to receive and impart information and ideas without interference by public authority and
regardless of frontiers."

Every time a site like UKNova gets shut down, the Pirate movement gets more votes, FACT gets more enemies, and copyright reform gets a bit closer.