Germany's Federal Court of Justice, the Bundesgerichtshof, has recently held that internet service providers (ISPs) must disclose the name and address of illegal file sharers when requested by copyright owners. 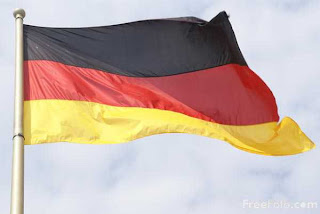 Tonpool, a German independent music distributor sued in respect of a song entitled "Bitte hör nicht auf zu träumen" by Xavier Naidoo, which was downloaded from a file sharing site in 2011. The copyright owner asked ISP Deutsche Telekom for the name and address of the file sharer however Deutsche Telecom failed to provide the information, causing Tonpool to take the issue to court.

Until now ISPs in Germany had only been required to share contact details of users who share files commercially or for profit, however now ISPs can be required to disclose details of ordinary users who distribute copyright protected content.

Further to my post earlier this week reporting Donald P Harris' pod cast on file sharing, here are some statistics on the German music industry (according to Billboard) which show that, as many of the comments on my last blog post said, people are still willing to pay for music.

The German Music Industry Association (BVMI) has reported a 0.2% increase in overall revenue for the half of 2012. The strongest growth was in album downloads, which jumped nearly 35 % year-on-year so that online music sales now account for just under 20 % of total revenue in the German market, up from 14.4 % over the same period last year.


The BVMI figures do not include revenue from online streaming services - apparently streaming revenue accounted for about 2% of the German music market last year. Unsurprisingly, physical CD sales continue to fall (by 5.4 % in the first half of 2012), however CDs still account for 72 % of overall revenue.


To this blogger the small revenue attributed to downloads compared to CDs is indicative of illegal file sharing, but perhaps the Germans are just a CD loving nation?
Posted by Unknown at 9:44 pm