The Queen on behalf of Vuciterni and another v Brent Magistrates' Court and another [2012] EWHC 2140 (Admin), 25 July 2012, concerned a prosecution brought against the importer of decoder cards from Albania, where the cards had been supplied by Tring TV, which held the exclusive licence to broadcast Premier League football matches there. 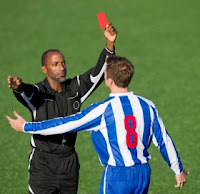 In March last year, Brent Trading Standards officers applied to a District Judge and obtained search warrants in relation to the sale of these decoders, but those search warrants have now been quashed. Since Albania is not a Member State of the European Union, that the ruling of the Court of Justice of the European Union in Joined Cases C-403/08 and C-429/08 Football Association Premier League Ltd and others v QC Leisure and others; Karen Murphy v Media Protection Services Ltd (noted on the 1709 Blog here and considered further here) did not apply.  However, the Divisional Court, England and Wales, relied on that decision in holding that the decoder cards were not “unauthorised decoders” for the purposes of section 297A of the Copyright, Designs and Patents Act 1988 Act. Nor were they “illicit devices” under the Conditional Access Directive.

The Divisional Court made it plain that it was not happy about the mechanics of obtaining the search warrants, or about the fact that search warrants were being sought in support of a prosecution that might leave the accused facing ten years' imprisonment but where it was by no means clear that the sale of the decoder cards was even a criminal offence.  In particular, the Brent Trading Standards officers had failed to disclose Advocate General Kolkott's Opinion in Murphy (noted on the 1709 Blog here), this Opinion being subsequently adopted by the Court of Justice.  This, said Lord Justice Davis, with whom Mr Justice Irwin agreed, constituted a significant and material non-disclosure to the District Judge, on which basis the decision to grant the warrants should be quashed.

Thank you Chris Stothers (Arnold & Porter), for prompting this post.
Posted by Jeremy at 9:16 am