Copyright in tricks - Could it be Magic? 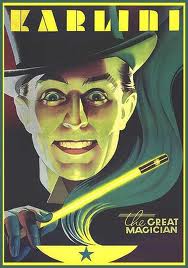 "Magicians have stolen each other's secrets for as long as the art of magic has existed. But the interconnectivity of today's world is making it easier - and magicians can't always rely on the law to protect them."  Well, that's the view of Arun Rath, writing on the BBC's News Magazine in a fascinating article titled 'The magicians who rip off other conjurers' tricks'.

Rath tells the story of magician Jeff McBride whose most famous routine is an intricate series of transformations, with a variety of masks, taking the audience through the entire history of magic. Recently McBride discovered he was not the only one performing this particular act after he spotted a clip on YouTube of a Thai magician doing his entire routine on Thai TV - move for move - along to the music McBride uses. He'd even cut and dyed his hair to copy McBride. Having used Google Translate to pen an email to the Thai magician, McBride discovered that his Thai counterpart actually thought of himself as a tribute act "like a Beatles or Pink Floyd or a Black Sabbath tribute act" and the pair managed to resolve the disputed copying amicably.

And all of a sudden magic is big business. David Blaine was already grabbing headlines, and  interest in magicians such as Dynamo in the UK have driven youth membership of the Magic Circle to record numbers. Sebastian Walton, recent winner of the Young Magician of the Year Award 2013, cited Dynamo as an inspiration. Hooked on magic after seeing magicians at Universal Studios in Florida four years ago, Walton says of Dynamo "it's miracles that he does" adding "he makes it modern by using everyday objects like mobile phones in bottles and things like that". In his Award winning show, Walton made a piece of jewellery borrowed from an audience member reappear inside a walnut, itself inside a piece of fruit. Third placed Elizabeth Rogan made a balloon on a string burst into flames.

But some cases do go to court: Walton is being mentored by Teller (the silent one in Penn & Teller) who filed a law suit last year in Nevada against a Dutch magician, Gerard Bakardy, who Teller claimed had stolen his "Shadows" trick - in which he cuts the shadow of a rose, causing petals to fall off of the real rose that is casting the shadow.  Mr. Bakardy posted a video of his own version of the illusion, called "The Rose & Her Shadow," on YouTube, which has since been taken down after it seems Teller issued a DCMA takedown notice, and was selling the secret to the illusion in the form of a kit for $3,050 to all comers. Mr Teller based his claim for infringement of his dramatic copyright on a registration of his illusion at the US Copyright Office, made back in 1983.

Magicians argue that for young people to become interested in magic, and continue the tradition, they need to learn from the masters of the day, and need access to existing tricks. Selling tricks is also how many magicians make enough money to stay in the business. But it seems most magicians protect their tricks as 'trade secrets' and once the secret its out, its a wild wild west out there. Magician Kevin James has had numerous tricks copied and sold at knock-down prices on Chinese websites - using his name and branding saying "They use my advertising, they use my photos, they use my video on their websites, they use my text to sell it. They make it look like it's my product - only a third the price." 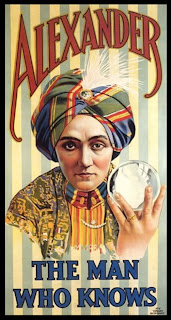 In the BBC article Sara Crasson, a lawyer and a magician herself, suggests that magic tricks fall into, "if not a black hole, certainly a legal grey area". In a recent case in the Netherlands, a court ruled that whilst tricks and illusions per se are not protected, an illusionist's own version of a trick may be protected, and also a specific sequence or combination of illusions as part of a magician's routine, such as the 'head drop' sequence and 'hand through the body' tricks which were used by illusionist Rafael van Herck, could effectively constitute an original and creative choice, and could therefore be granted copyright protection as a dramatic work (the case of Rafael van Herck against fellow magician Hans Klok).

However, it is a difficult area:  The leading Us case involves Robert Rice, aka The Mystery Magician, who failed in an attempt to sue Fox over its Breaking the Magician's Code TV specials in 2003 which he alleged infringed his act. The 9th Circuit wrote: "The mere fact that both The Mystery Magician and the [TV] Specials reveal the secrets behind magic tricks does not by itself constitute infringement. Rice's claim, therefore, may only succeed if the [TV] Specials infringed upon the presentation and stylistic elements of The Mystery Magician." In 1943 Charles "Think-a-Drink" Hoffman sued Maurice Glazer for violation of his the copyright and trademark rights in his "Think-a-Drink" act. The Supreme Court of Florida upheld the trademark decision for Hoffman, but held that Hoffman's act did not qualify for copyright protection as a dramatic work in US law; a 1998 joint claim led by Joseph Harrison against Fox's 'Masked Magician' series also failed on the ground that whilst it did indeed breach the Magician's code of honor, that could not form the basis of an action in Louisiana,

Trade secrets are seen as another tool for protection of tricks, but as Crasson told the BBC "If someone can watch the performance and figure out what the secret is, then that magician would lose trade secret protection" adding "For magicians, trade secrets are a lot tougher to keep because magicians frequently do know how other magicians do their work".  In the nineteenth century one US magician, Harry Kellar , repeatedly took binoculars to a show by British magician John Nevil Maskelyne to work out how he was doing his levitations. When that failed, he marched right up to stage at the key moment to take a peek. He still couldn't work it out, and ended up bribing another magician at the theatre to provide him with sketches. Kellar then performed this particular act around the world for years afterwards.

German magician Losander, a current specialist in levitations, markets his levitating tables to other professional magicians at a cost of thousands of dollars - a business now threatened by copycat tables sold on Chinese websites. These websites often have "dubious branding" which seemingly suggest that the bogus product was endorsed by a very aggrieved Losander.

Alongside 'trade secrets', Patents have been taken out by magicians, but the magic community say that as the 'secrets' behind the trick then enter the public domain on publication, the application can be self defeating and counter productive, and that the cost of enforcement of patents is a real barrier. So back to copyright!

Like magicians, comedians have long complained of having their jokes repeatedly stolen by rivals with no recourse to the law. They rely on a code of ethics - not the law - to regulate their industry - something Hugo blogged about on this site in 2010 and more on puns on the IPKat here.  And so with magic: instead of relying on formal legal mechanisms, magicians derive benefit from their inventions through informal social norms that encourage magicians to give due credit to the original inventor of a particular trick. A recent cover story in the trade magazine Magic identified South Korea as a hotbed of talented new magicians. It's also home to the Do Not Copy the Magic campaign - one of the most active movements against stealing tricks in the industry. One code provides “All members of the International Brotherhood of Magicians agree to oppose the wilful exposure to the public of any principles of the Art of Magic, or the methods employed in any magic effect or illusion”.


But is it enough? With magic growing in popularity, money talks. Dynamo, David Blaine and Derren Brown have never been more popular. Penn & Teller's television programmes - and even format rights to shows like Fool Us sell globally and in the UK new programmes like The Incredible Mr Goodwin and Help My Supply Teacher is Magic are bringing illusions to new and younger audiences.  Now no corporate function or ball is complete without at least one street or close up magician going from table to table. From a UK perspective, and in light of the European Court of Justice's musings in Infopaq where copyright protection was given to works - defined as an author's own intellectual creation - and the High Court's finding that headlines could attract copyright in Meltwater, I would be surprised if most magic trick's didn't qualify for protection. A scripted presentation would be a literary work, and as dramatic works need to be original and have movement, story or action - performed tricks and illusions should fall under that heading: I would have thought that alongside choreography (and pantomime in the USA) magic tricks would usually attract copyright. And if copied - form the basis of an action.  And in our ever litigious world - where there's a hit - there's a writ!

More on this in the paper by Jacob Loshin of Yale Law School: Secrets Revealed: How Magicians Protect Intellectual Property without Law