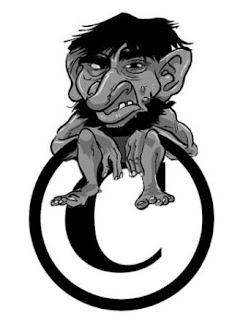 A reportedly very very angry US District Judge, Otis D. Wright II, has finally had his day in court with the now much maligned 'Prenda' copyright "trolls" - with one blogger applauding Judge Wright as “the judge who figured out that Prenda was running something that looked a blackmail racket that involved systematic fraud against courts around the country”.  We first covered this torrid tale back on March 10th this year.

The four lawyers and one para-legal, grouped together under the 'Prenda' banner, and a number of claimant companies they allegedly control, include John Steele of Steele Hansmeier PLLC and Prenda Law, Inc.,  Paul Hansmeier of Steele Hansmeier PLLC and/or Livewire Holdings LLC, Paul Duffy of Prenda Law, Inc., Angela Van Den Hemel of Prenda Law, Inc., Mark Lutz of Prenda Law, Inc., AF Holdings LLC and/or Ingenuity 13 LLC, and Peter Hansemeier, of 6881 Forensics, LLC, and all were ordered to court for a March 29th hearing by Judge Wright to explain their own and their firm's legal practices. In a 12 minute hearing, the various lawyers all took the 'fifth amendment', refusing to speak: Steele's lawyer confirmed his client would exercise his right to remain silent. Attorneys for Paul Hansmeier, Paul Duffy, and Angela Van Den Hemel confirmed their clients, too, would invoke their right to protect themselves against self incrimination.

"One of the great mysteries about Prenda is who the firm actually is -- which individuals are behind it? In past, Prenda's representatives have claimed to be working for "Alan Cooper" -- a former caretaker for one of the Prenda reps who claims they have stolen his identity." Judge Wright had  also voiced his belief that the "clients" Prenda claimed to represent were actually shell companies created by Prenda itself, meaning the firm was really suing people for its own enrichment.


Judge Wright certainly wasn't impressed by the row of silent lawyers in front of him saying in the brief hearing "It should be clear this court's focus has shifted dramatically from litigation of intellectual property rights to attorney misconduct – such misconduct as brings discredit to the profession".

Judge Wright now has a variety of avenues he can pursue, ranging from referring the issue to relevant attorney's state bar associations for misconduct, seeking United States District Court and Circuit Court bars, referring the matter to the United States Attorney's Office if fraud is suspected, particularly if he believes Prenda Law attorneys misappropriated Alan Cooper's identity and / or created entities like AF Holdings and Ingenuity 13 to conceal their own financial interests in the cases they brought, and / or  lied to and concealed facts from both defendants and federal courts. As a district court judge, Judge Wright has numerous tools with which he can address the alleged misconduct before him, including Rule 11 of the Federal Rules of Civil Procedure, federal statute, Title 28, United States Code, Section 1927: 28 U.S.C. section 1927, along with his inherent authority and local rules, although each tool has its own limits. As a Federal judge, Judge Wright also has the power to hold the Prenda lawyers in contempt of court; sanctions for contempt include fines and/or imprisonment. Anything more from any of our US readers would be much appreciated as its not my forte.

And more on troll's here http://slworona.wordpress.com/2012/05/03/judge-tells-copyright-trolls-they-came-to-the-wrong-court-for-help-with-their-shakedown-racket/ and on the ACS:Law "train crash" over here in the UK here http://the1709blog.blogspot.co.uk/2011/01/acslaw-seeks-to-end-pursuit-of-alleged.html

Another US judge has taken a dim view of Prenda's actions: in a San Francisco lawsuit brought by AF Holdings against Joe Navasca, US District Judge Edward Chen,having required AF Holdings to pay a $50,000 "undertaking" to proceed with their case, then asked Prenda lawyer Paul Duffy to explain why he had chosen to drop the case and who was behind what the judge clearly thought was a shell company. Now Chen has ordered the case to be dismissed "with prejudice" and is also asking Mr Duffy to provide a signed document showing evidence whom 'Salt Marsh', described as an owner of AF, might be - perhaps a person called Anthony Saltmash linked to one Prenda lawyer via his sister, or perhaps a trust for another Prenda lawyer's yet to be born children. More here: http://arstechnica.com/tech-policy/2013/04/copyright-troll-prenda-loses-sf-case-must-show-salt-marsh-signature/