Katpoll on UsedSoft and a question: is the UK legitimising second-hand marketplaces via private copying? 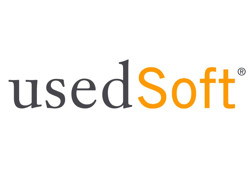 The Katpoll on Case C-128/11 UsedSoft v Oracle is now closed (background here). The IPKat and this blogger wish to thank the 107 readers who answered the following question:

IS THE CJEU LIKELY TO EXTEND THE USEDSOFT RULING TO WORKS OTHER THAN SOFTWARE?

A broad majority (57% - 61 votes) thinks that, yes, when given the opportunity to address this issue the Court of Justice of the European Union (CJEU) will say that exhaustion of the right of distribution as per Article 4(2) of Directive 2001/29 (the InfoSoc Directive) encompasses both tangible and intangible copies.

A tiny fraction (27% - 29 votes) of readers believes that the ruling in UsedSoft will not be extended to intangible copies of works other than software.

Finally, 17 voters (15%) feel that the answer will really depend on whether the CJEU approves of the IP owner's conduct.

This blogger's original post on the IPKat also attracted a few comments. One of them was particularly interesting, as an anonymous reader suggested that "If you vote "no" here then you need to reply to the UK IPO drafting consultation regarding private copying before the 17 July, as the proposed wording is designed to import UsedSoft into the rest of copyright."

Among other things, the IPO has included a new draft exception on private copying (this is an exception that the UK did not adopt when it transposed the InfoSoc Directive into national law).
It is proposed that new Section 28B of the UK Copyright, Designs and Patents Act 1988 (CDPA) reads as follows:

(1) Copyright is not infringed where an individual uses a copy of a copyright work lawfully acquired by him to make a further copy of that work provided that:

(2) Copyright is infringed where an individual who has made a further copy of a copyright work pursuant to subsection (1):

(3) Nothing in subsection (2) prevents an individual from storing a further copy made pursuant to subsection (1) in an electronic storage facility accessed by means of the internet or similar means, where that facility is provided for his sole private use. [This is intended to allow storage in the cloud]

(4) To the extent that the term of any contract purports to restrict or prevent the doing of any act which would otherwise be permitted by this section, that term is unenforceable.”.

According to the IPO, the proposed private copying exception "would allow people to copy a CD from their music collection onto their mp3 player or phone. However it would not allow them to make [further] copies of their CDs and give them to other people."

But can the same be said also with regard to original (not "further") copies?

Current wording of Section 28A(2)(b) appears to be such as to allow an individual to make a further copy (for non-commercial ends) of a work and then transfer the original copy to another person, provided that he/she destroys the duplicate.

To some extent, this might legitimise the model proposed by pre-owned digital marketplaces like ReDigi, with the difference that the latter

As discussed in earlier posts (here) ReDigi, which was launched in 2011, is based on the possibility for users to sell their own music library and/or buy pre-owned music. ReDigi takes a small cut from every transaction made on its site. Songs sell for an average of about 60 cents, compared with a typical 99 cents on iTunes. First-time users are requested to download proprietary software, which verifies if a file was bought legally. If the song checks out, it is then erased from the seller's hard drive and uploaded to ReDigi's computer servers. This system is said to prevent sellers from reinstalling a sold song to their computer, and offers users the chance to check their libraries for illegal music.

A few months ago, a US court held ReDigi liable of copyright infringement and - among other things - denied applicability of the first sale doctrine (the US equivalent to the principle of exhaustion), in that "the first sale defense is limited to material items, like records, that the copyright owner put into the stream of commerce."(1709 Blog report here, ReDigi CEO interview here).

As mentioned, to fall within the proposed UK private copying exception, it is required that “the further copy is made for that individual’s private use for ends that are neither directly nor indirectly commercial.” However, what draft Section 28A(2)(b) appears to legitimise is the transfer of the original copy (ie the iTunes song), and commercial/non-commercial considerations might be intended to encompass solely the "further copy".


If the above proved correct, then the UK would legitimise second-hand digital marketplaces via copyright exceptions (private copying), rather than exclusive rights and the principle of exhaustion.
Posted by Eleonora Rosati at 10:40 am