A picture of perplexity in the Museum of Brands 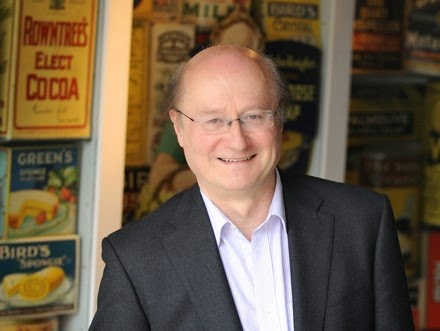 Attending a British Brands Group reception in London's fascinating Museum of Brands this evening, I had the pleasure of meeting its founder, the legendary Robert Opie (right). Robert was expressing his concern that thoroughly accurate photographs which he had taken of (presumptively out-of-copyright) advertisements, and which he has used in his books, had apparently been reproduced without authorisation by a third party which was now selling the copies.

Together with veteran intellectual property barrister Christopher Morcom QC, I found myself trying to explain to an increasingly incredulous Robert the circumstances in which a photograph of an advertisement might -- or might not -- either constitute an infringement of copyright or be an original work in its own right, and when another person might be able to make use of it for his own purposes. I told him about cases such as Bauman v Fussell and Temple Island v New English Teas (the celebrated "Red Bus" case) and it occurred to me that I was describing things that seemed quite normal to me because I have lived with them for my entire professional life while they seemed astonishing and arbitrary to Robert because they didn't accord with what he felt was common sense and what he knew to be the way people do things in real life.

Robert was particularly surprised to discover that copyright notices in published works did not have the force of law and that, even though they stated with absolute clarity that no one was allowed to store, reproduce or do anything else with a work, this was not actually what the Copyright, Designs and Patents Act 1988 says.

In the end, Robert appealed to us and asked: "Is there a slim book -- and I mean a slim book -- that just says clearly and simply what the legal position is?"  Offhand I couldn't think of one, but it occurred to me that some of the readers of this weblog who are not lawyers but have to take legal decisions might have some suggestions or preferences.  If so, please post them below and I'll be happy to forward them to Robert.
Posted by Jeremy at 9:24 pm

Can there be such a thing as a slim book on the subject? The slimmest I can think of is Gillian Davies's Copyright Law for Artists, Photographers and Designers(ISBN 978-1-4081-2474-1), while the slightly thicker Copyright for Archivists and Records Managers by Tim Padfield (ISBN 978-1-85604-705-0, but the 5th edition due out next month) is very comprehensive but not really aimed at creatives needing to answer the question: 'can I do this'?